Back
2021
>
How do you collect gold sovereigns?

How do you collect gold sovereigns?

When I was younger, I was given an old Renniks catalogue from the 1970s. Before the internet, price guides were often the only way to learn about all aspects of coins collecting, such as what to collect, how to grade, how to buy and how to sell. I used to mark off each line in the pricing tables with a highlighter after a successful trip to my local dealer (Martin Daniels or Merrylands Coin Centre), and nothing felt better than colouring in a complete table of prices—meaning I owned every coin from that set. 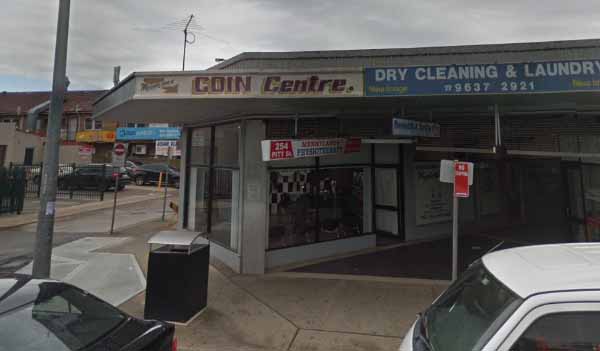 Although my suburban coin shop, Merrylands Coin Centre, has been closed for many years, its signage still existed until at least June 2016.

However, in the early days, before I had enough money to buy complete sets, I needed to focus on collecting what was affordable for me. Sure, I could have bought modern coins or collected pennies or threepences, but I really wanted gold sovereigns, so instead of buying a complete date run of sovereigns (the cheapest costing several thousand dollars, a huge amount of money for a part-time fast food employee), I decided to buy a “type set” of sovereigns, which is a set of coins that contains one example of every major design. 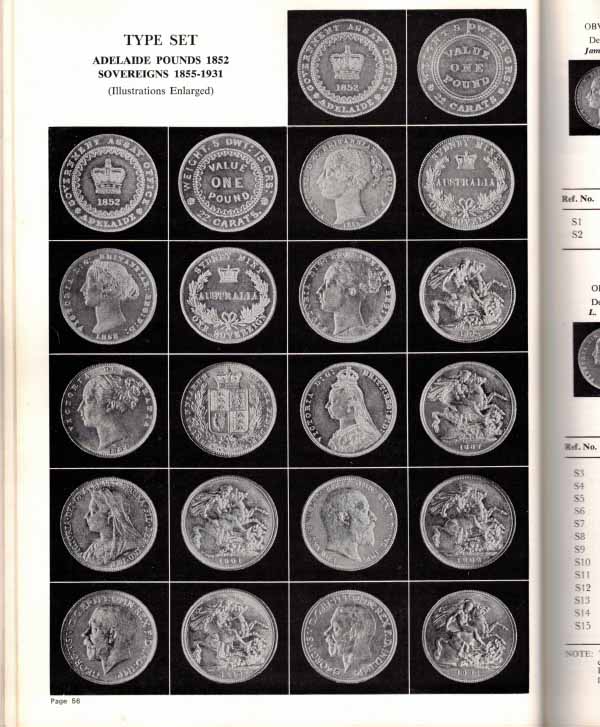 A scan from the 1970 edition of the Renniks, showing the collector what coins fit into a sovereign type set. Before the internet and Set Registries, this page showed me what a complete sovereign type set looked like.

Fortunately, the Renniks catalogue contained a full page of plates (photos) at the start of the sovereign section of the book. I used this page as a guide for what to collect, as the eleven coins displayed on that page represented the entire type set of sovereigns. (It included the very rare Adelaide Pounds, but I decided to collect just the coins from the Royal Mint branches, which did not include the pounds.)

It was an uncomplicated way to assemble a set of coins on a smaller budget, but at the same time allowed me to have a representation of every design of sovereign issued in Australia. So if you’ve ever considered collecting sovereigns, but feel daunted by the massive number of coins to buy, don’t despair. Focus on putting together a type set, which contains just nine coins, and can be confidently put together over a number of years. The coins will even be in mostly nice grades.

Here’s an example of a type set, along with prices you can expect to pay to acquire the coin: 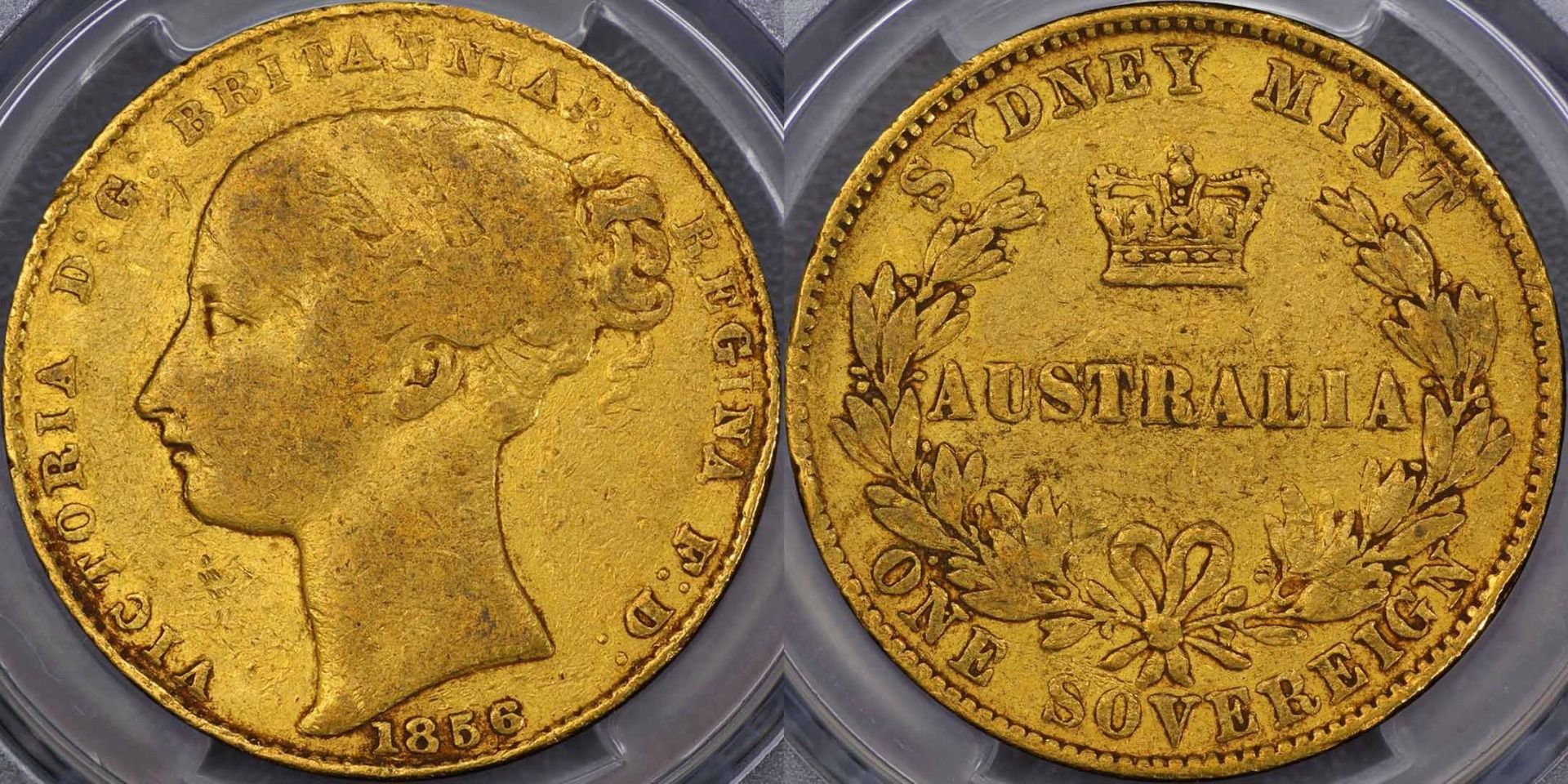 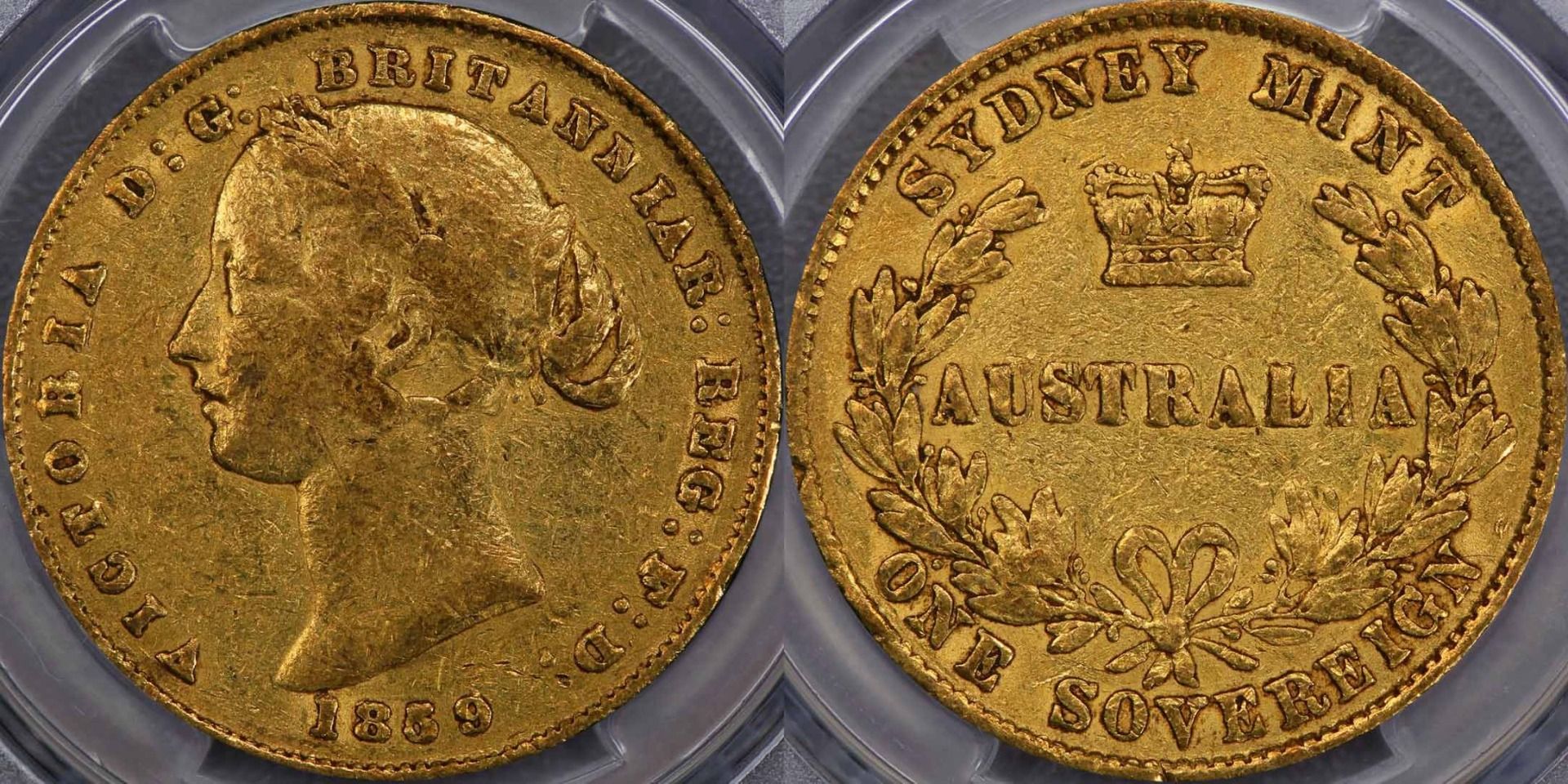 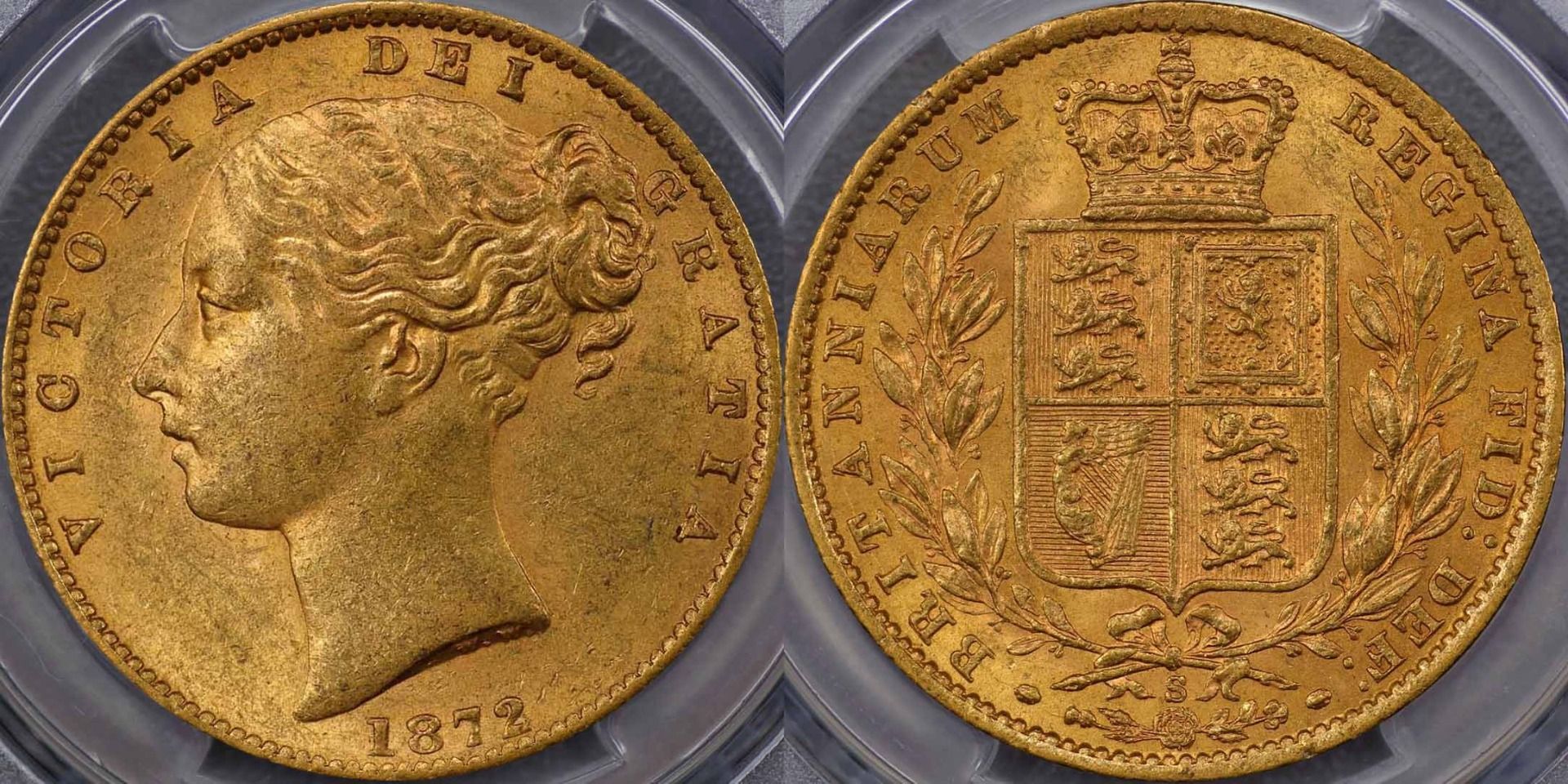 Low-grade shield sovererigns are available for under $700, while Mint State examples will set you back under $1,000. Click here to view our shield sovereigns. 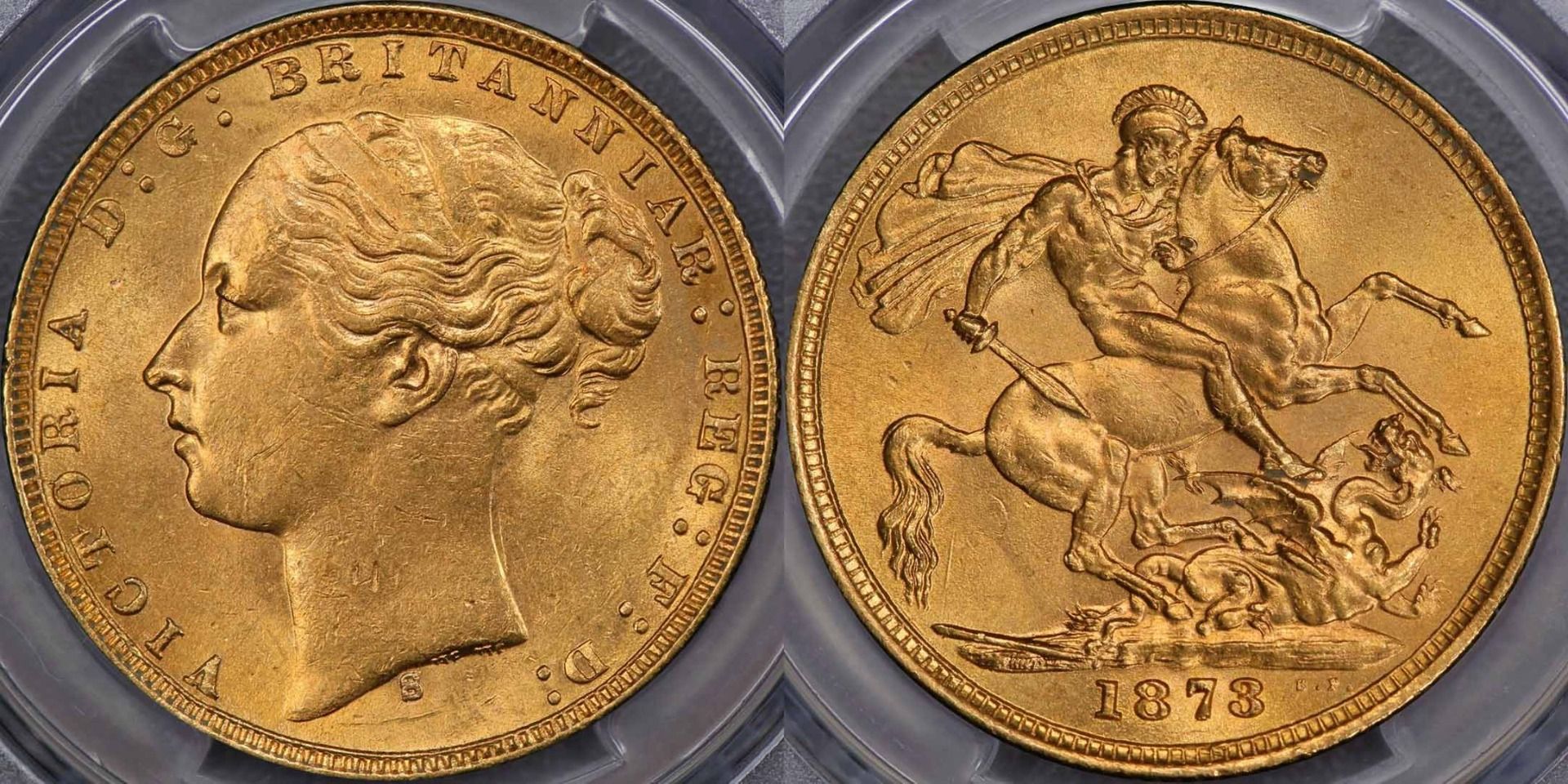 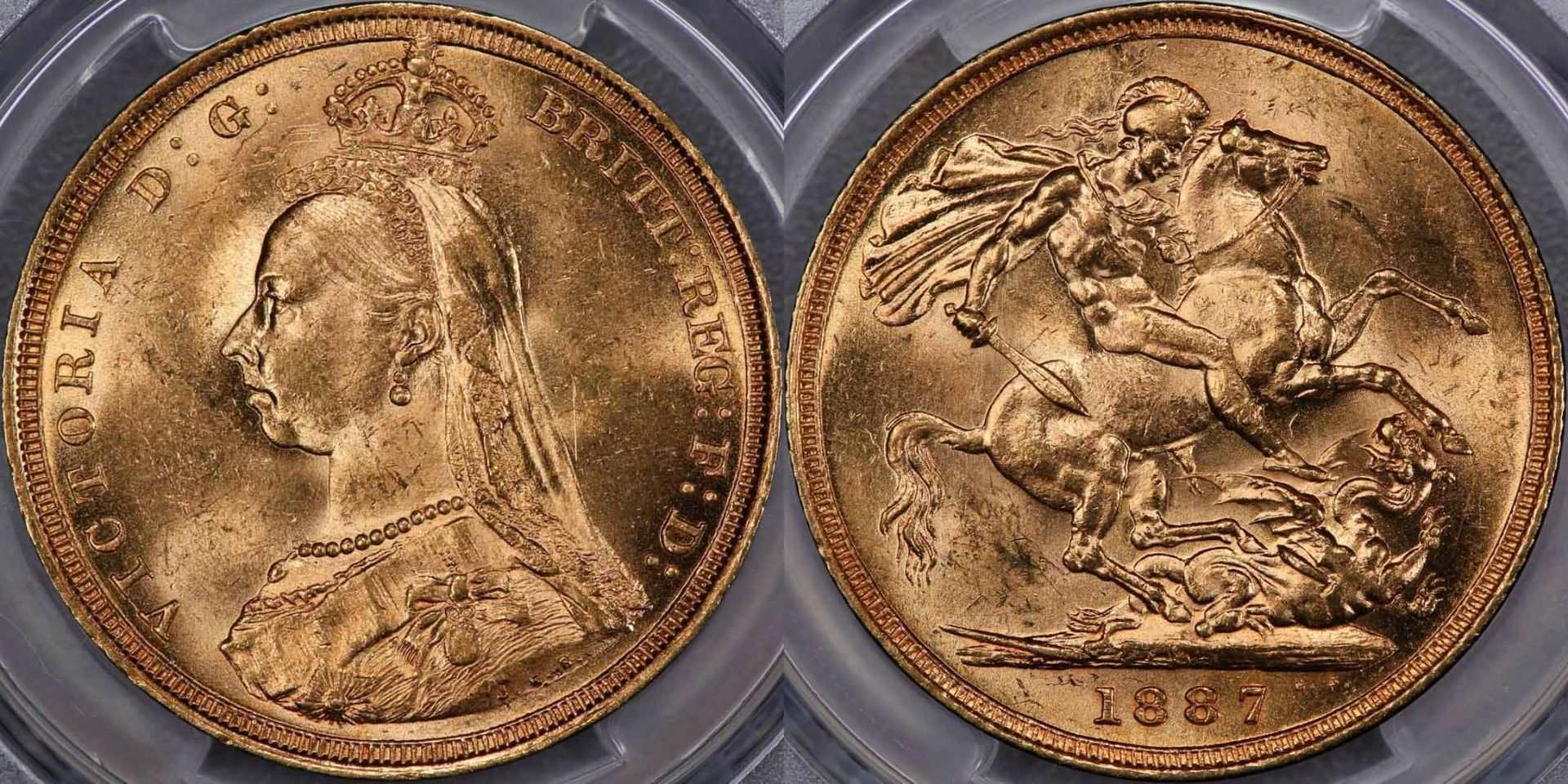 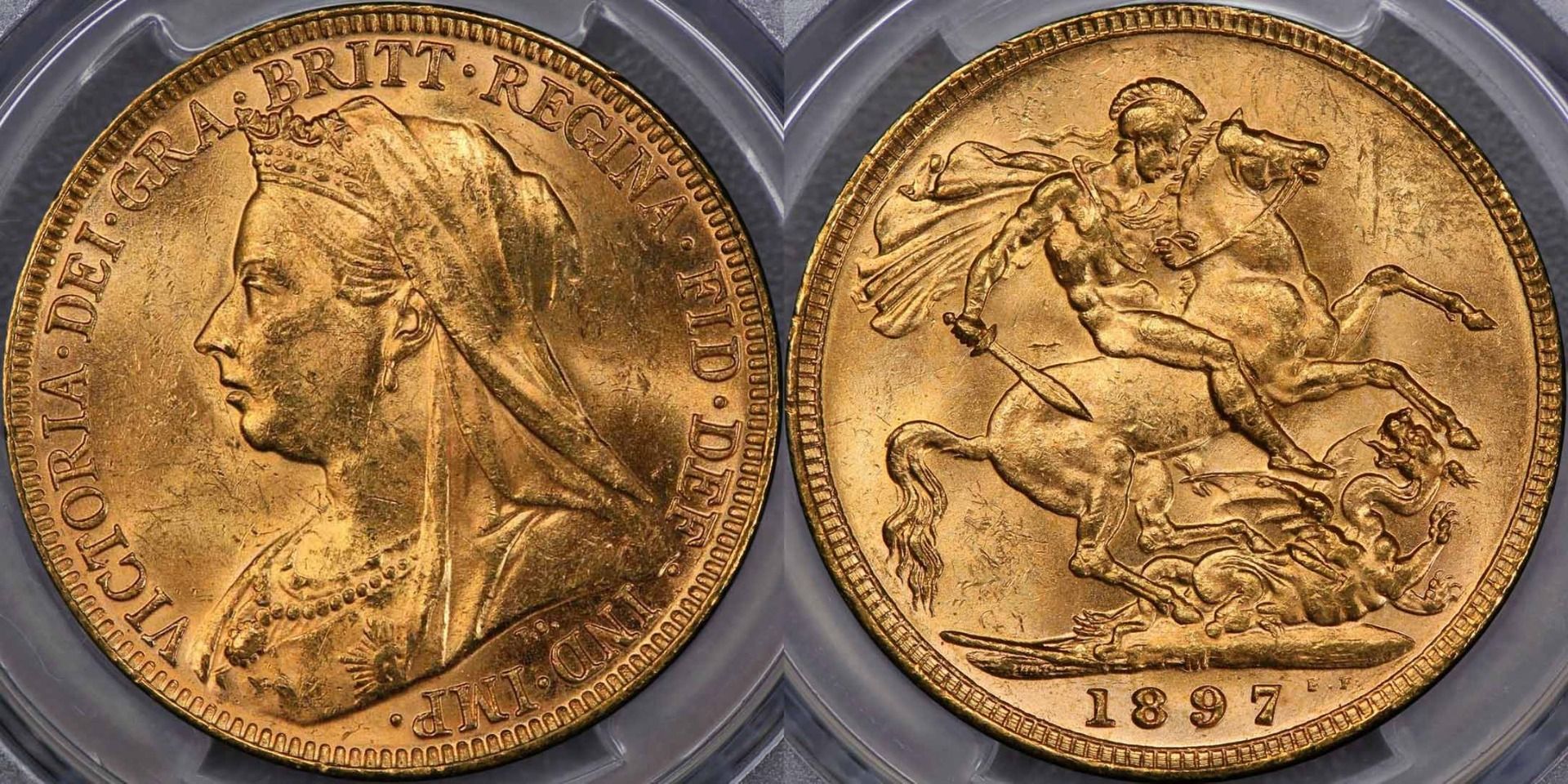 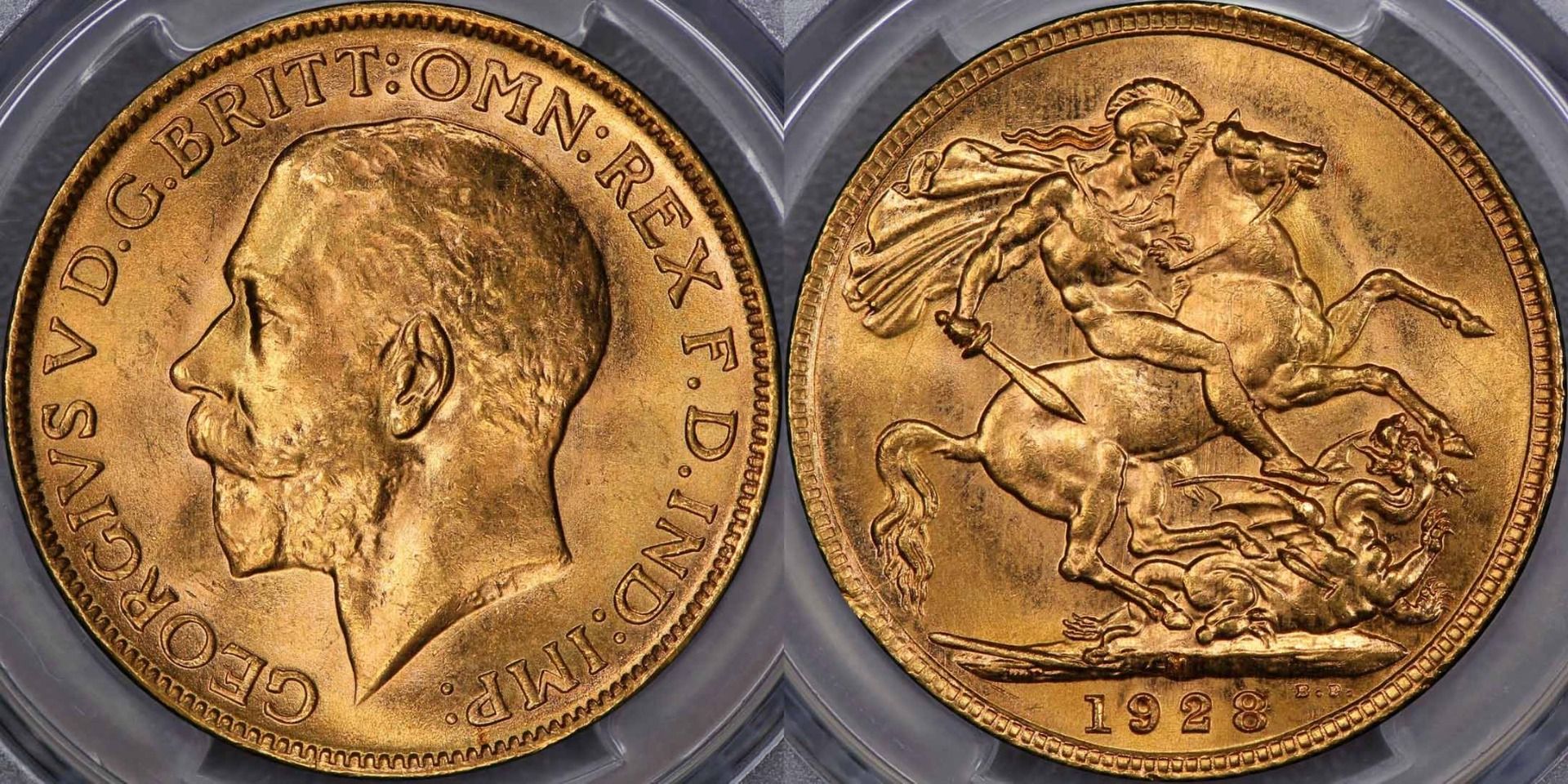 Veiled head (top), Edward VII, and George V sovereigns are very common in low grade, and trade a bit over the gold price (around $650). Common dates in Mint State are available under $900. Click here to view our George V sovereigns. 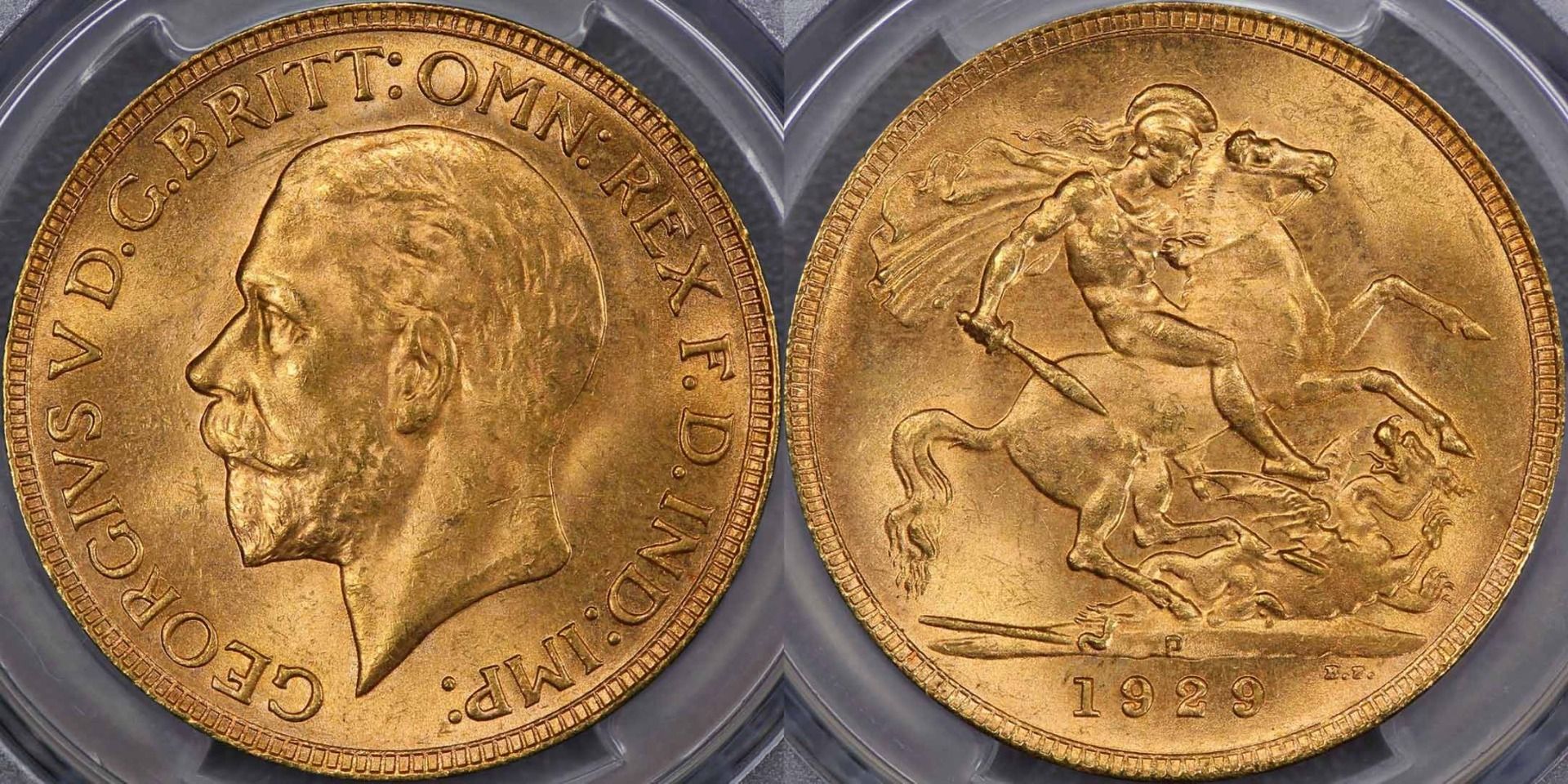 George V sovereigns with the smaller head are harder to find in low grade because they were not generally circulated. Expect to pay about $700 for a nice example with lustre. Click here to view our George V sovereigns.

Mintmarks on the gold sovereign