Like London itself, the Coinex Coin Show, held in the Kingdom’s capital each September, was a hive of activity. Although the sky the morning of the show was full of clouds, not one of the clouds was grey, which was good weather by London’s standards. Meanwhile, not far away on Oxford St, I bumped into a collector friend who told me that the line at the door of the show, where they were selling tickets, was one of the longest he had ever seen. I frowned. If you’re looking to pick up bargains at a coin show, as I was, long lines are a bad sign. Fortunately, the line wasn’t as long as I had expected. I paid the £5 entry fee, and was inside within two minutes.

The show is held in the main ballroom of the Millennium Hotel, Mayfair. If fact, that’s not correct. The show is held in the ballroom and the large marble-floored anteroom that leads into the ballroom. Having only attended the show the last two years, I get the impression that the show must have begun as a much smaller event in the main chamber, only to expand into the columned entrance hall as the years progressed. 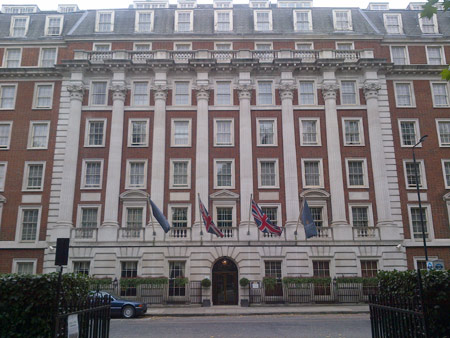 The venue of the 2013 Coinex Coin Show, the Millennium Hotel, Mayfair.

Before I could even approach a table, I bumped into a dealer friend who owed me some coins. Amongst them was the single-finest graded 1911 proof sovereign, graded PCGS PR67DCAM. The coin was a screamer, and after a quick examination of the coin (and after recapturing my breath), I wandered over to the stall from Coin News, whose monthly magazine is eagerly read by thousands of collectors worldwide. I’m always keen to see how much numismatic magazine readership has expanded, so I asked about how their subscriptions were going. The staff there confirmed that online subscriptions were booming, with new subscribers being signed up all over the world, from Mongolia to Australia. The sun never set on the British Empire. It seemed the sun never set on Coin News either. 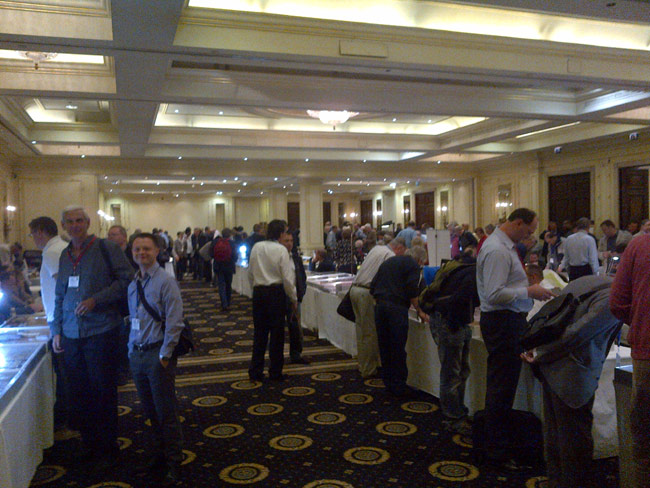 Unlike Australian coin shows, there is wide variety of world dealers at the English shows. Coinex was no exception, and I met a number of dealers from continental Europe and a dealer from the United States—and that was just in the anteroom. The range on display there was broad, with everything for sale from English proof long sets (all sets after 1887 were represented) to Egyptian burial figurines and jewellery (ancient and contemporary). Of particular interest was what appeared to be a 1917 London sovereign sitting unpretentiously with no label or price in a display tray of one dealer. (This great rarity is worth at least US$20,000 in Mint State.) Even before I had noticed the date, the colour of the coin seemed wrong, so when I asked the dealer about it, his first question to me was “What do you think about it?”. We both agreed that the coin was sadly a jeweller’s copy.

In the main ballroom, which was as large as two basket ball courts and just as loud, the bulk of the dealers had their tables. My first stop was KB Coins, who always has a decent range of gold coins on sale, including gold sovereigns, two, and five pound pieces, which I have a particular interest in. I had seen them last May at the Birmingham Coin Show, and the staff there seemed very positive about the Coinex show, as well as the London Coin Fair, which was going to be held the following month.

As I examined the display at the Spink table, I bumped into a familiar face from home. Joe Dettling, from M. R. Roberts, Sydney, had also flown up to Europe for the Coinex, as well as a few other coin-related events. He was in a good mood, but commented about how strong coin prices in London tended to be (both at auction and at the coin shows). As I looked at bullion-grade sovereigns priced at about 50% over spot in one display cabinet, I had to agree with him. If there were bargains to be had, I could not find them. 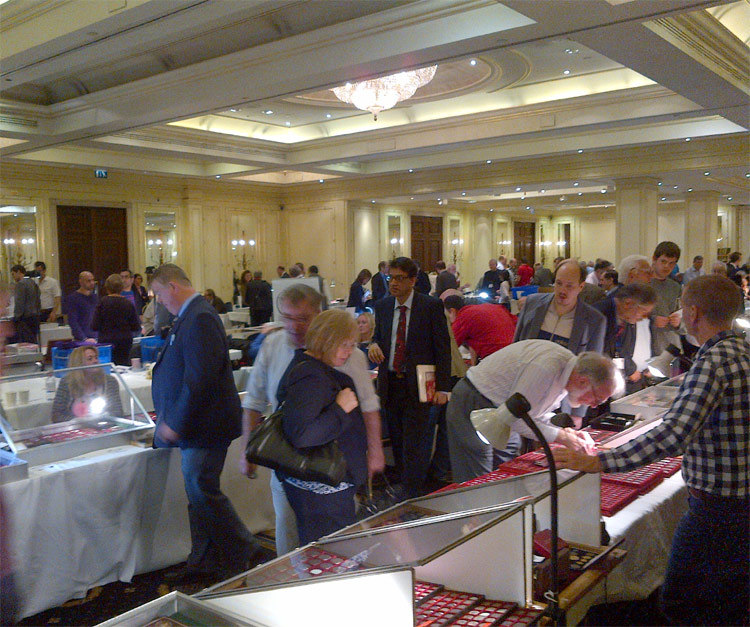 The main ballroom, bustling with activity.

Paul Davies, one of England’s largest gold dealers, was also present, and his range of sovereigns never fails to disappoint. I was after a 1937 proof sovereign for stock that would grade up well, but sadly, the 1937 sovereigns he had available were all of a lower quality. Paul gave me the impression that the higher-quality coins did not make it to the coin shows and were sold off long before they could appear on dealers’ tables or price lists.

Over at the Baldwin’s table, Director Steve Hill pulled out a tray of wonderful Victoria and later sovereigns. There was a good range, including the rare 1859 Ansell Sovereign in NGC MS62 (retails over $20,000). I managed to pick up a few scarcer Mint State later-date sovereigns which would grade up well with PCGS.

Overall, the general sentiment was positive. A lot of dealers professed to being exhausted by the end of the first day, but, it seemed, no amount of exhaustion was going to talk them out of coming to the next show in 2014.