The 2017 Numismata München was held in Bavaria on the 4th and 5th March 2017. Numismata is one of the oldest coin shows in Germany, and is held all across the country and parts of Austria at various times throughout the year. As it happened, the 2017 show in Munich was also in its 50th year, so the mood was festive and celebratory. 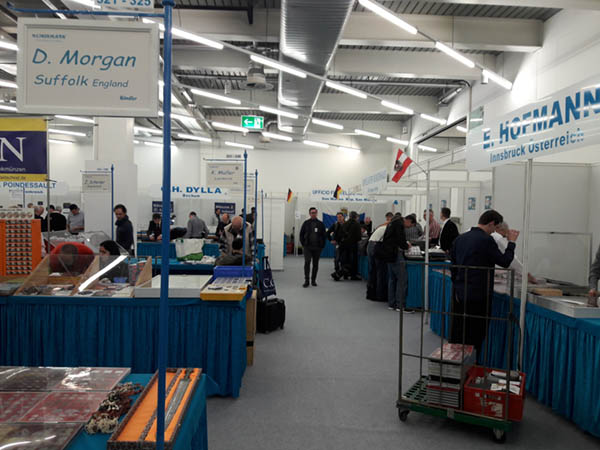 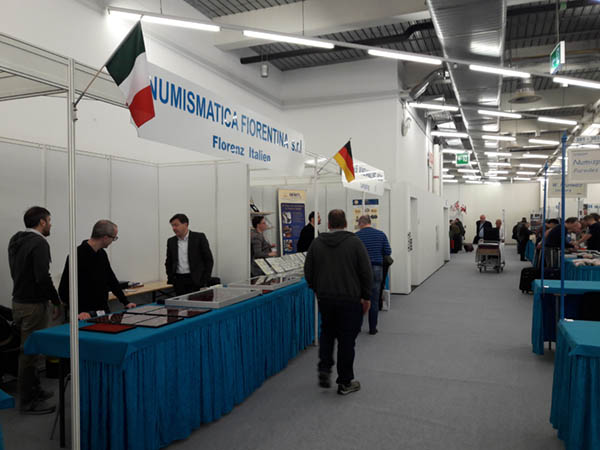 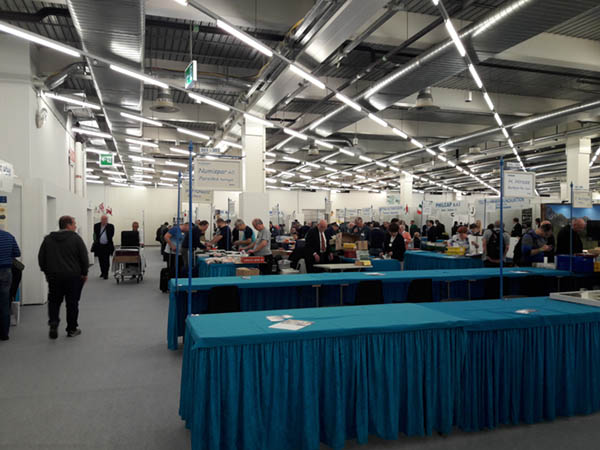 Dealers set up early to horse trade during pre-open. Almost every major coin dealer on the planet attended the show. 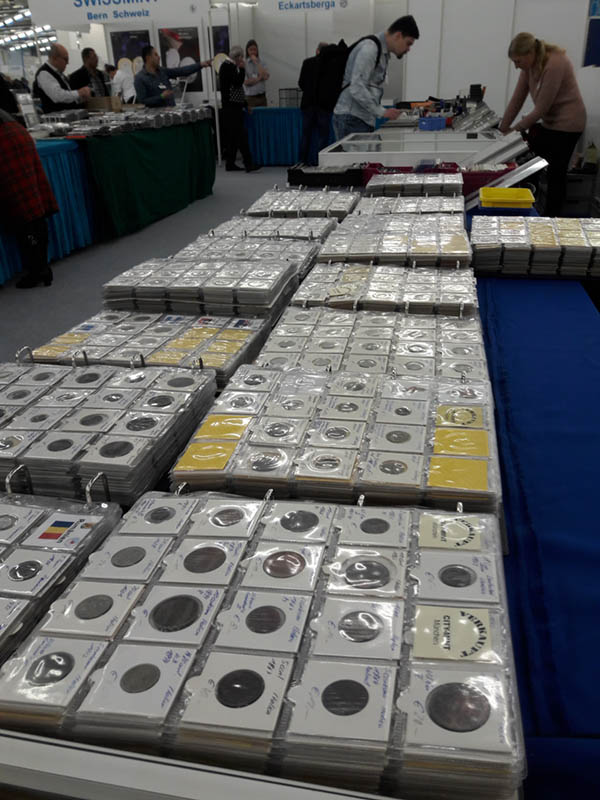 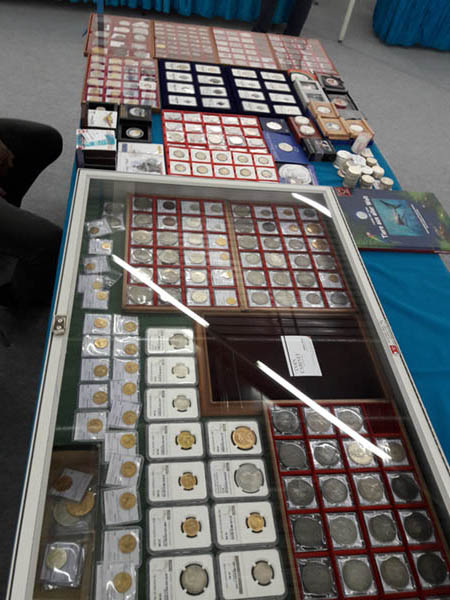 There was a wide range of coins on display. Everything from gold rarities to albums of cheap silver coins was available for sale. There were fewer banknotes, and fewer stamps still. Numismata is definitely a show for collectors. 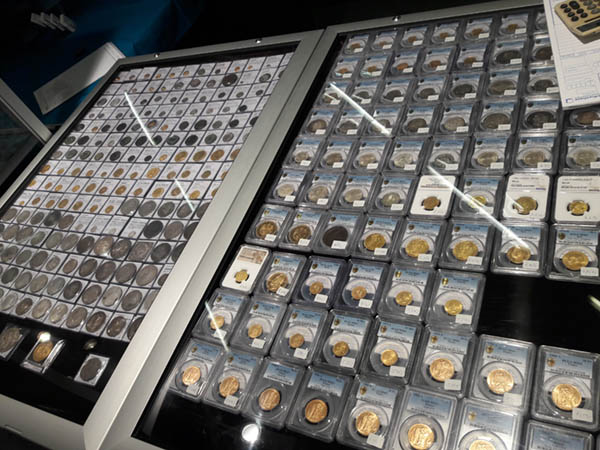 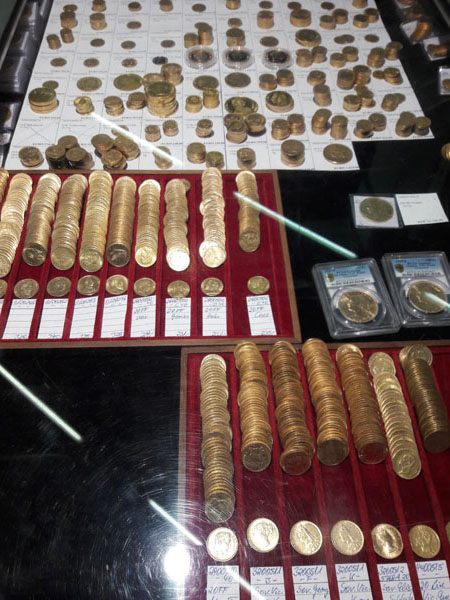 Gold bullion coins also sold well. I have never seen such a wide range of gold coins available for sale at so close to melt value. These were vintage gold coins, rather than modern bullion coins, and all were available at a few percent over melt. As you’d expect, they were not of particularly high quality, but they were worth a browse. 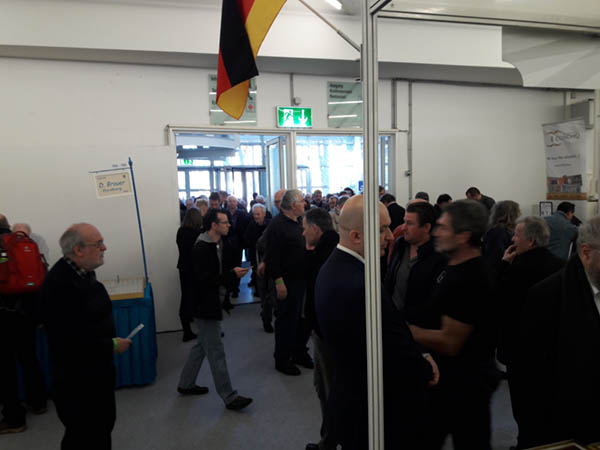 The crowds poured in as soon as the ribbon was cut, and filled the hall quickly. Tens of thousands of coin collectors must have visited on that first day. 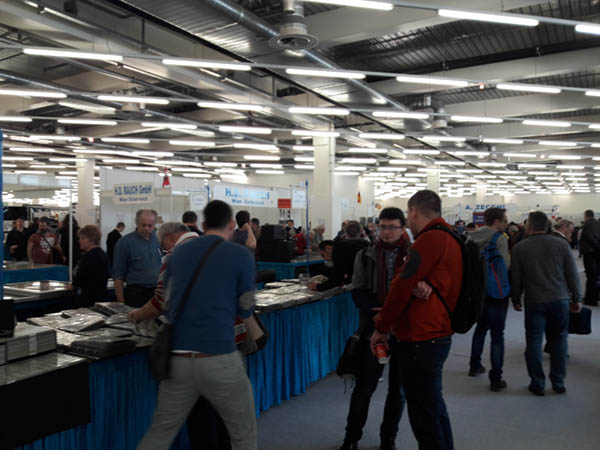 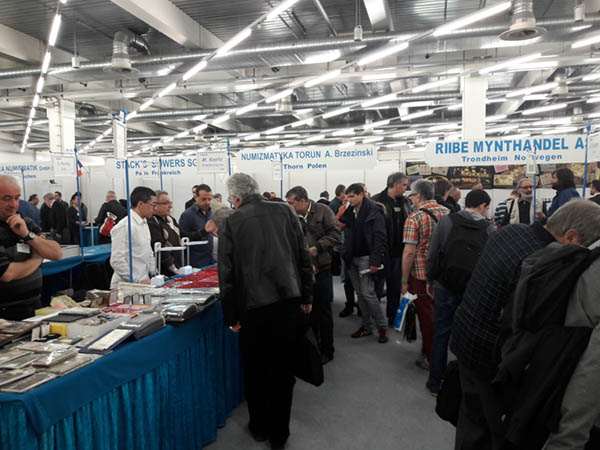 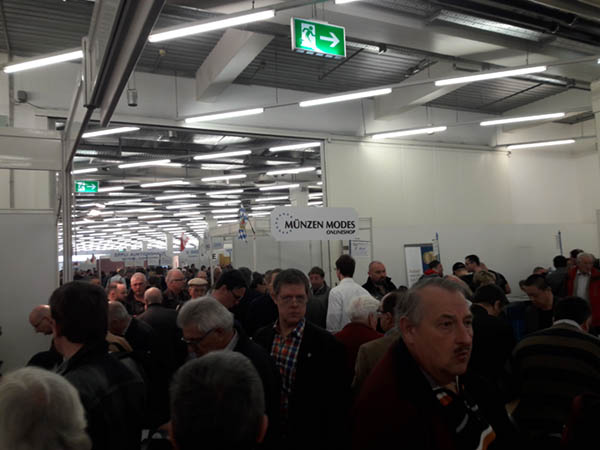 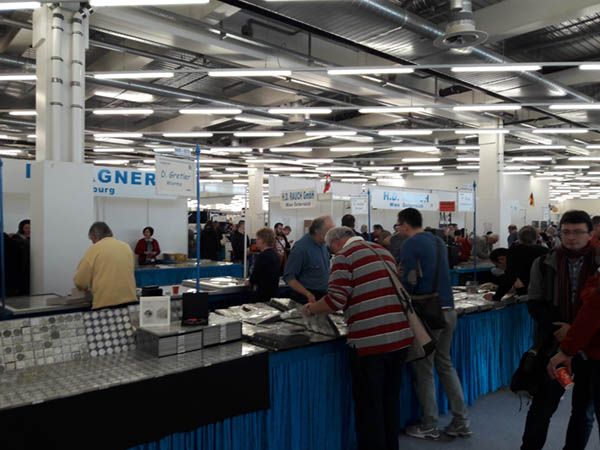 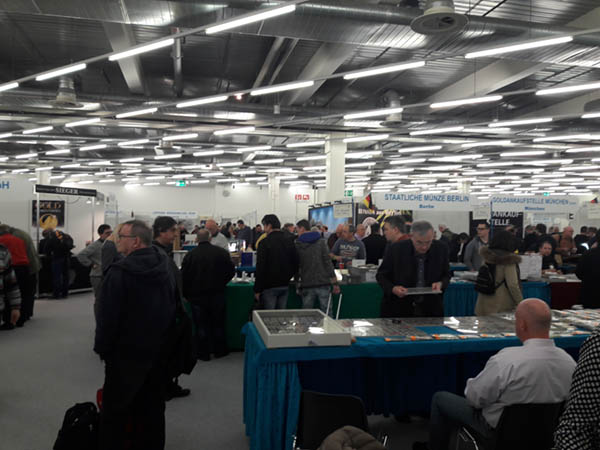 In no time, it was a sea of heads. 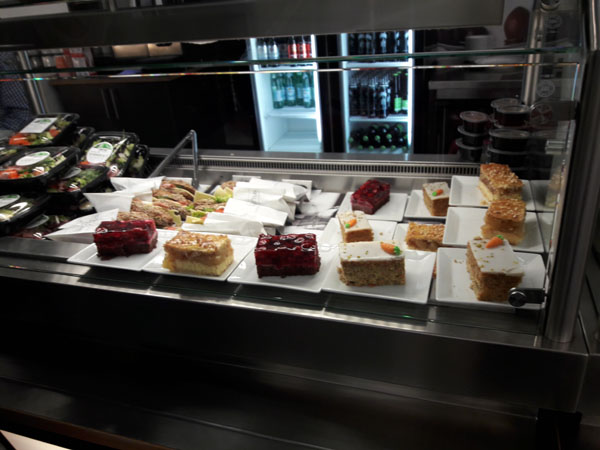 A cafeteria was setup at the back of the hall, and served German delicacies like pork knuckle and leberkäse. There was a wide range of torts available, as well as generous helpings of beer. 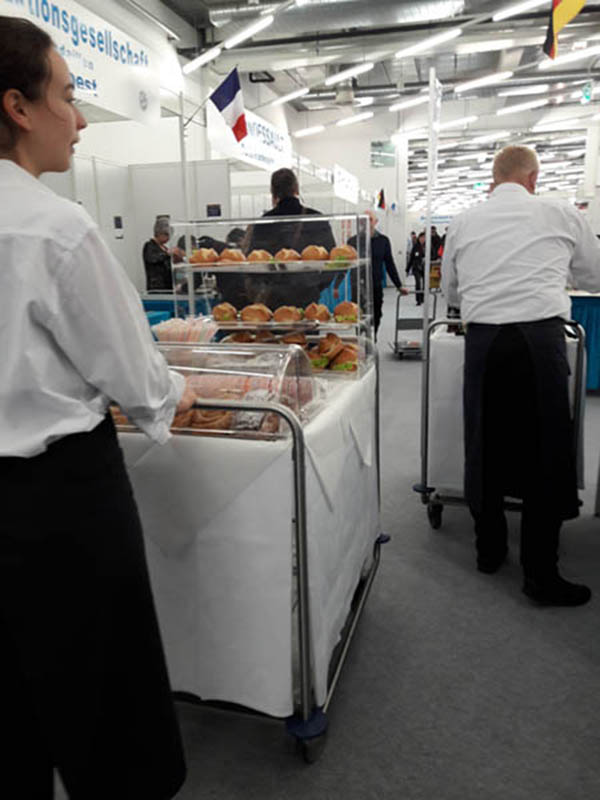 A Bistrowagen roved the floor offering a smaller range of cakes and sandwiches, while also taking orders. 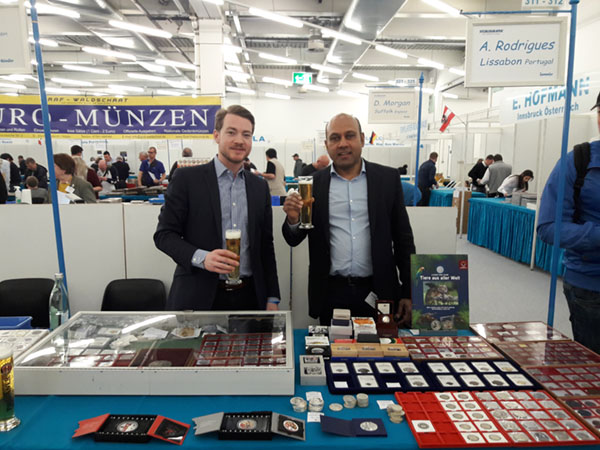 British dealer Andreas Afeldt and Portuguese dealer José Rodrigues enjoy a well-earned Bier at the end of the show.