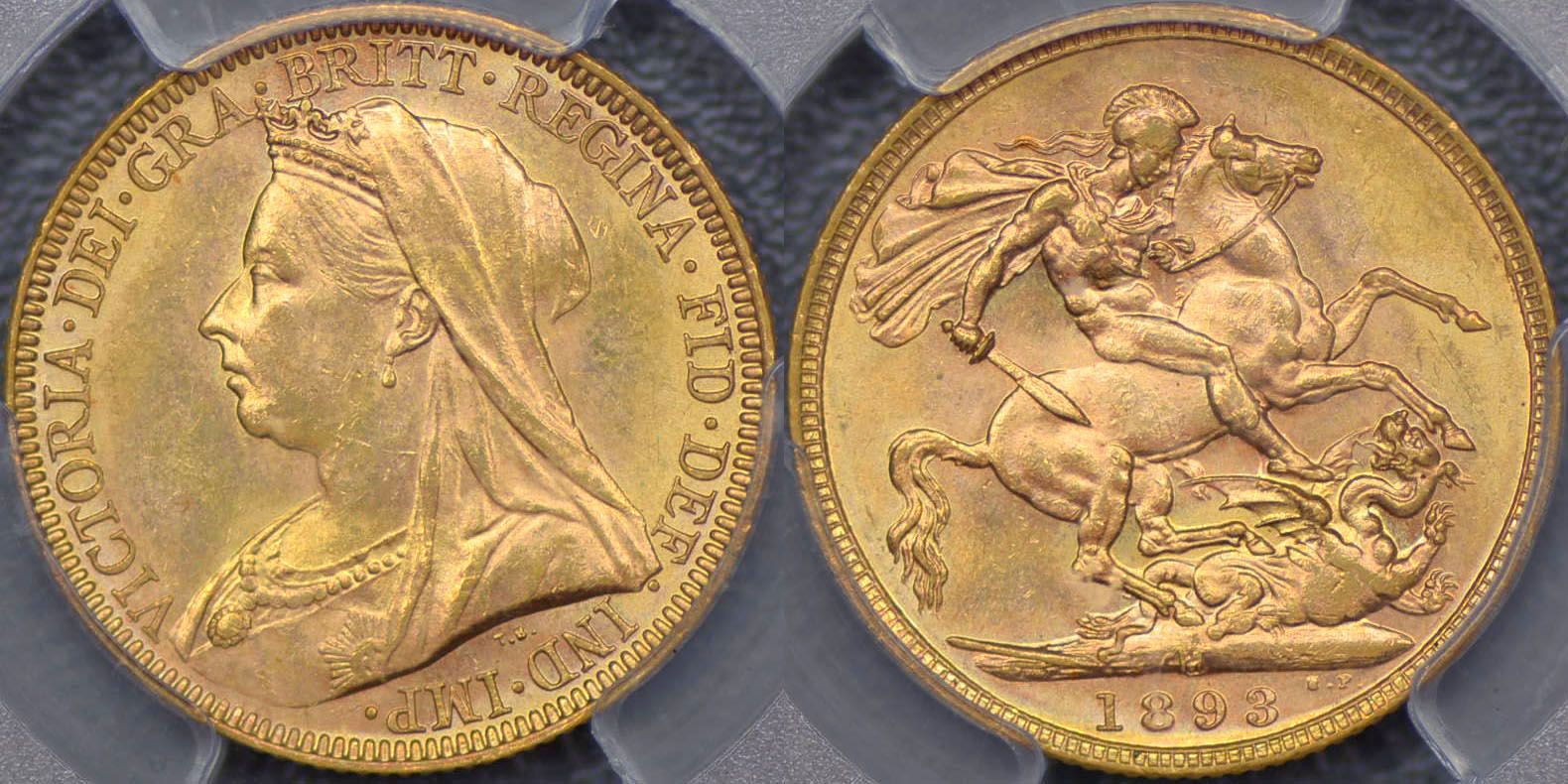 Of all the Veiled head sovereign dates across the Australian sovereign series, the 1893-M is, in my view, the hardest. Like the 1893-S Veiled head, it appears infrequently on the market in genuine Mint State, and, unlike the 1899-P, trades at a consistent premium to the UNC catalogue price (between $900 and $1,275, depending on the guide). In fact, Spink suggests a catalogue value of only £500 for an UNC example, and I’d pay 50% more than that to buy one in wholesale! The example photographed above, graded PCGS MS63, is a full point better than the average grade of a Veiled head sovereign (calculated to be 61.98 on the 26th December 2013). It is also the single second-finest graded by PCGS, with only one example graded finer at MS64. And it’s price? Well, a common-date or generic MS63 Veiled head trades at between 2.2 and 2.5 times over an MS62. This would put a value of the 1893-M in MS63 between $4,300 and $4,900. An additional premium should be added because the 1893-M is a key date. I feel this is a reasonable price range considering its date and condition rarity, and have priced the coin up accordingly. For more information, please call +61 421 229 821 to discuss.