The sovereign varieties of 1873

It appears to be little known, but there are date varieties on both the shield and St George reverse sovereigns of 1873. A picture says a thousand words, so instead of describing the varieties, we have taken some macro (close-up) photos of the variety. These are presented below. 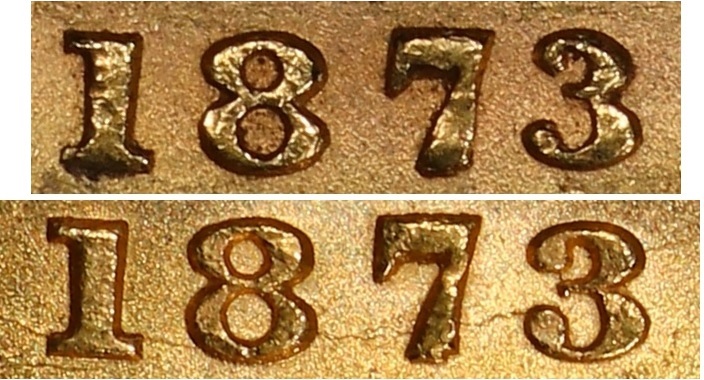 Two versions of the numeral "3" on the 1873 Melbourne St George reverse sovereign. 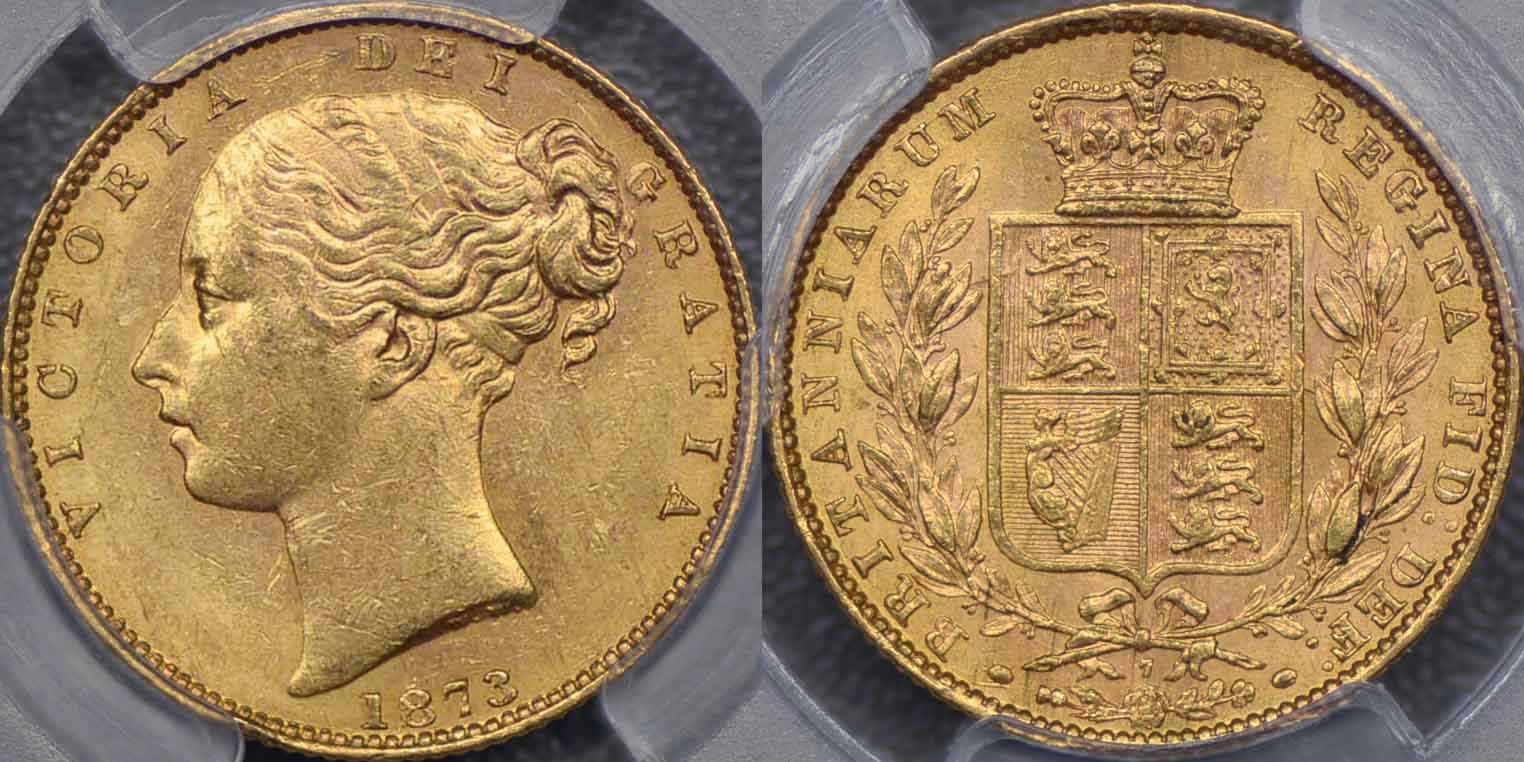 An 1873 London shield back sovereign with the small 3. 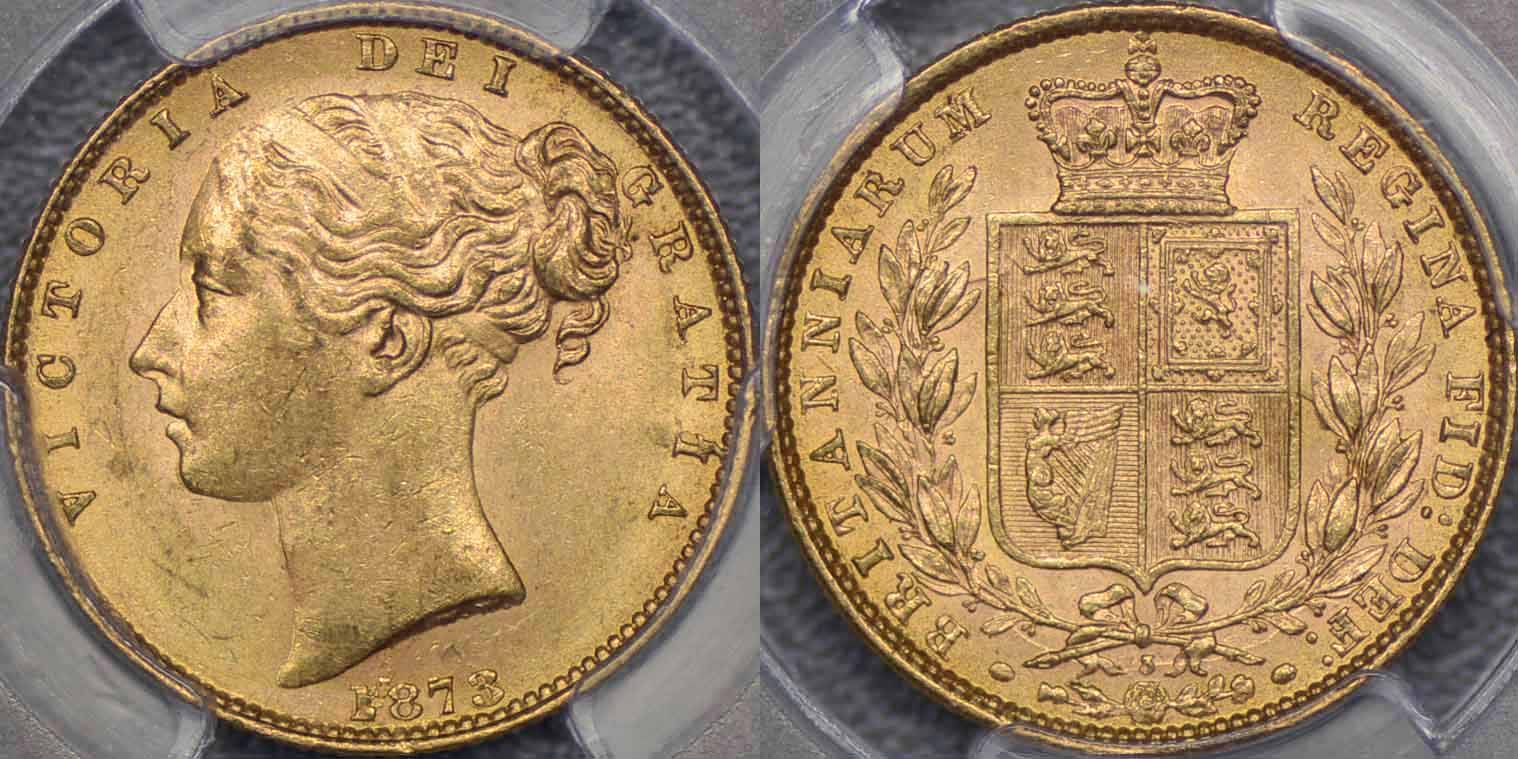 An 1873 London shield back sovereign with the standard 3.

On the 1873 Melbourne, the “small 3” variety, as we’re calling it, appears to be the rarer type, appearing once or twice in ten coins, while the small 3 variety on the 1873 London shield sovereign seems to be equally as available as the standard 3 variety. We have not observed enough examples of the 1873 London St George sovereign, but will get a better feel for the variety’s rarity in time as we view more specimens.