Back
2014
>
A counterfeit “sovereign” in silver

A counterfeit “sovereign” in silver

On the way back from Europe last month, a collector friend of mine had a stopover in Abu Dhabi, United Arab Emirates. While there, he dropped by one of the local Gold souqs (or markets) with the intention of picking up a few gold sovereigns for his collection. Much to his dismay, he found only fakes. There were fake Austrian gold coins, fake Swiss coins, fake US gold double eagles, and fake modern Chinese coins. Most curiously, he found a small stall that also sold fake silver sovereigns. They were struck from pure silver, according to the vendor, and weighed 8 grammes, similar to a real gold sovereign (which weighs 7.9881 grammes). The item bore the bald bust of King George V and a reverse dated 1889. The mintmark was “M”. Its price was Dhs50 (about AU$17), which was three times its spot value. He picked one up and I’ve photographed it below. 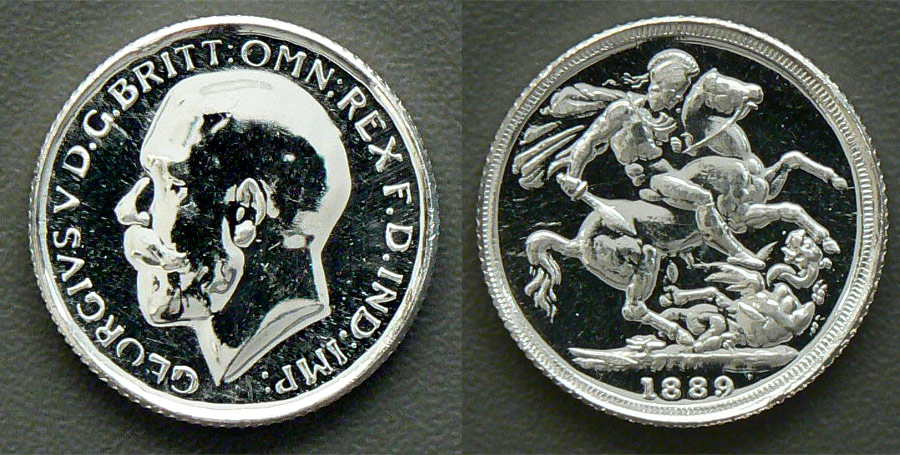 A fake silver “sovereign”, the first I've seen in silver. Note that the manufacturer has paired a
George V obverse with a Victorian-dated reverse. King George V didn’t start appearing on coins until 1911.

Of course, a fake such as this would never fool even the most amateur of collectors, and I doubt this product was manufactured with the intent to deceive. In fact, I have the sense that none of the imitations for sale in that market were manufactured with the intent to deceive. They all tested ok, their weights were within tolerance, and all the gold sold at 1 - 2% over the spot price. My sense is that these items were made simply to present gold and silver in shapes that were familiar to their customers, customers who were not numismatists, but simply precious metal hoarders. 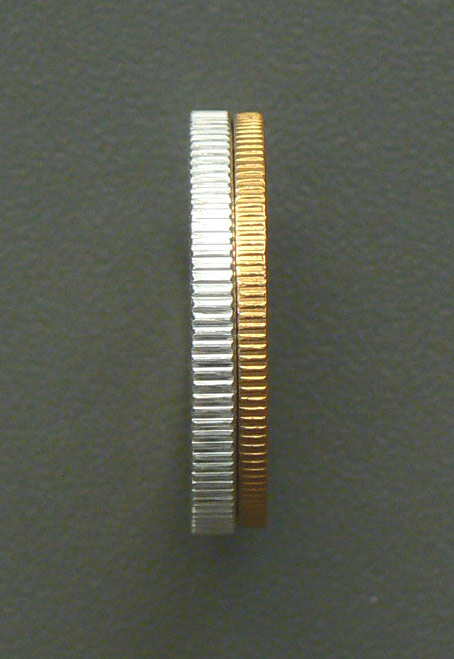 As the item was the same diameter and weight as a real sovereign, but made of silver, it had to be thicker, as can be seen here. The item, at left, is photographed next to a genuine sovereign.