It’s been two years since I’ve been to Perth, but I haven’t forgotten how much I had enjoyed the trip there the first time, so when the dates for the ANDA Coin Show were set, I booked my flights straightaway. 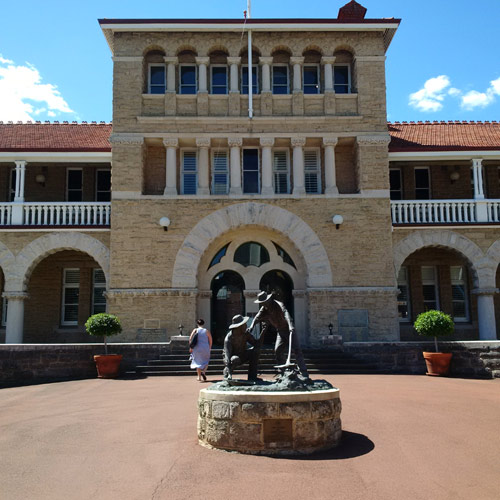 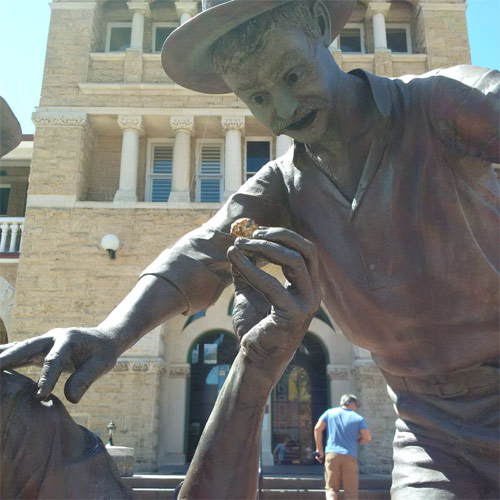 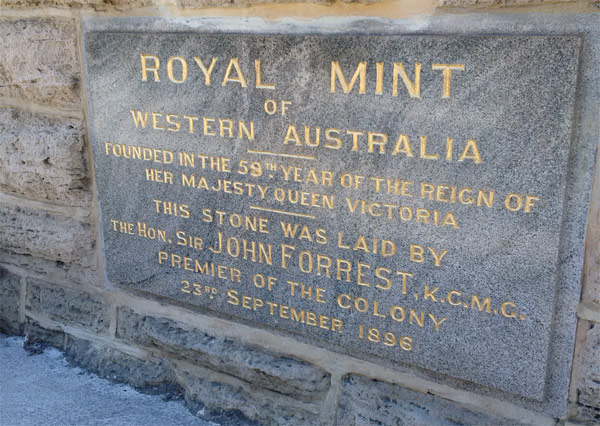 A few images of the Perth Mint

Although the show didn’t start until Saturday, I arrived on the Friday so that I could visit the Perth Mint. I would have liked to do the gold tour and view the one tonne pure gold coin (worth about AU$50 million), but instead went to the bullion room to browse the Perth Mint’s display of bars, coins, and sovereigns. There was also a small display of jewellery and Royal Australian Mint product.

The next day, I arrived promptly at Patersons Stadium, hoping to get through the door early or at least on time. I had expected a short queue at the door but was surprised to see a long line wending out onto the street, around the corner, and almost to the end of the path. In fact, I don’t recall seeing a line this long at any Australian coin show ever, so was pleased and frustrated at the same time. 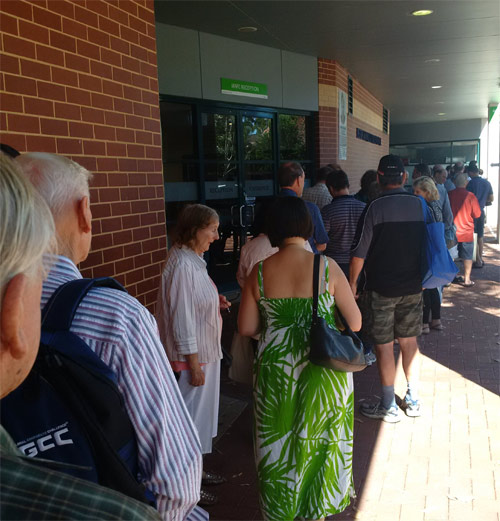 The queue to get into the show at 10am, Saturday morning. 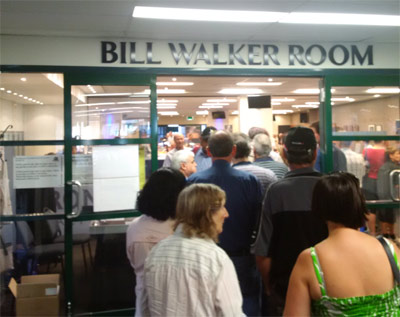 While the venue was a lot smaller than the Crown Casino, Burswood, where the show had been held in previous years, and dealer attendance was down, the throngs were thick and it was difficult to get a seat a many dealers’ tables. Equally, the line for the show’s PNC issue was also frustratingly long. It wasn’t until later in the day that the crowds thinned and I had the opportunity to do a bit of buying. 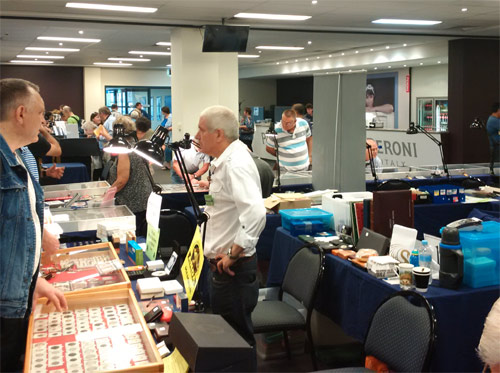 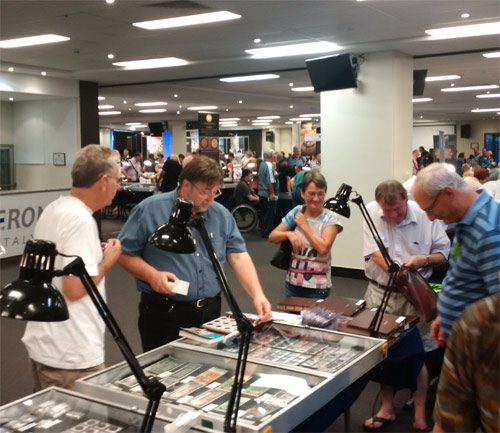 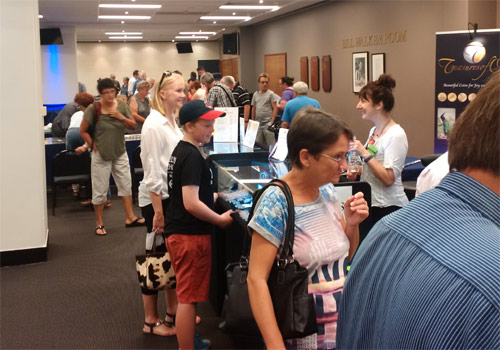 Views of the trading bourse

Sunday was a much more civil affair. After a cup of reasonably drinkable percolated coffee, I scoured the floor for deals and picked up a few of the “P” privy-marked dollar coins, which had yet to sell out. (I will be sending them over to PCGS, so drop me a line if interested in one.) The previous day, I had had my eye on a very attractive Sydney Mint sovereign in one of the dealer’s tables, but when I asked after it on Sunday, the coin had sold, unfortunately—I shouldn’t have hesitated. There was also a proof shield young head sovereign and half sovereign pair doing the rounds, with an estimate around $150,000 for both. On display, but not for sale, was a near-complete Elizabethan proof penny date set, including the rare 1953, as well as a pair of early Perth mint gold proofs. A very high-grade Holey Dollar was also on display.

Overall, it was a good show, and I'll be back again next year.