It’s not every day that I get to attend an international coin event, so when I heard about a small coin show in Nagoya, Japan while holidaying in Tokyo last January, I couldn’t stop myself from hopping on the bullet train and dropping by. 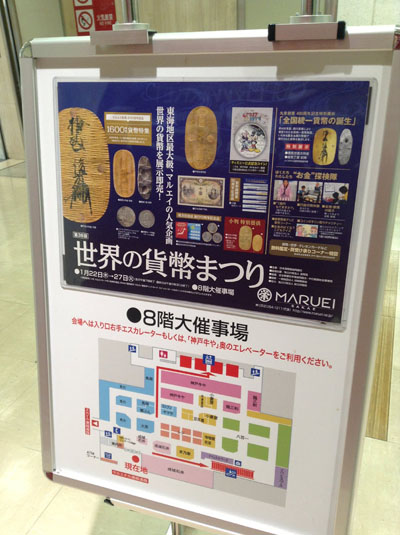 The welcome sign that greeted customers at the door.

It was a Tuesday, and I had been warned by a dealer in Tokyo that the show might already be over by the time we arrived, late in the afternoon. Fortunately, most of the dealers were still in attendance, although there were very few collectors about. 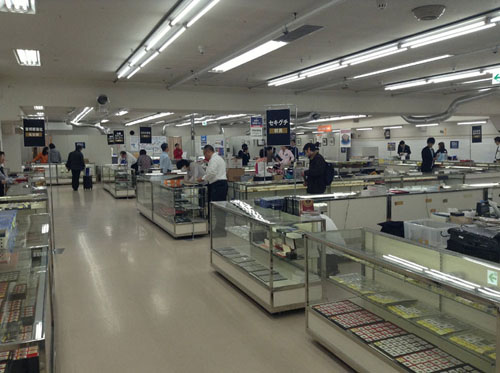 The show took place on the top floor of the Maruei shopping mall in downtown Nagoya. Much like an Australian coin show, there were blocks of dealers spread about the floor, each with two or three display cabinets around them. All up, I’d say there were about forty or fifty dealers spread about, some larger than others, and each dealing in a specific product. Some specialised in Asian or Japanese stamps, while others focused on banknotes or Japanese mint product. There were a few bullion dealers too, as well as one or two dealers with wide selections of large numismatic silver coins (mostly US silver dollars). 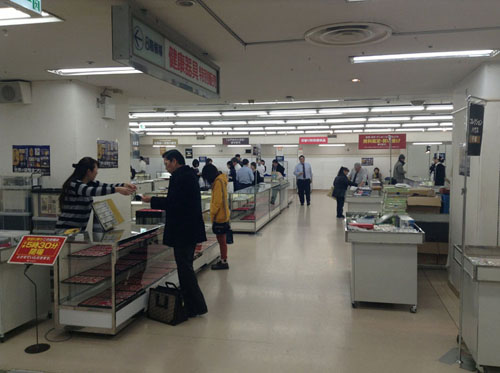 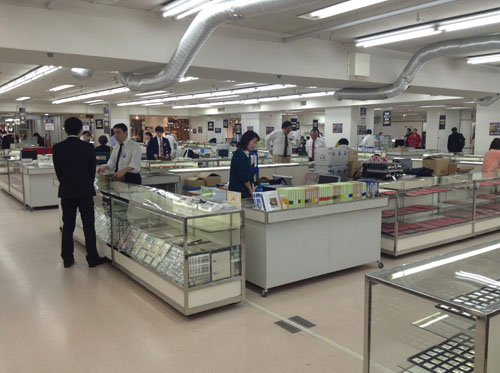 One dealer in particular had on display mostly large world gold coins, as well as a few smaller gold coins and world minors. I picked up a really attractive 1906-M gold sovereign from him, and browsed some of his trays of non-gold world coins: You never quite know what you might find. 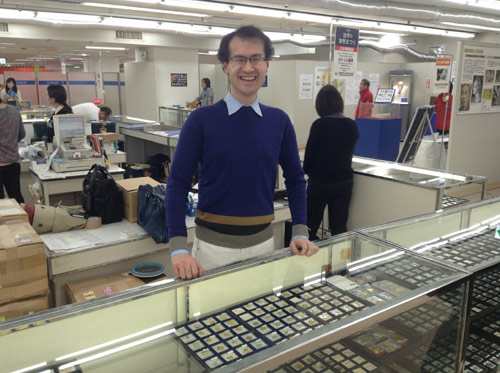 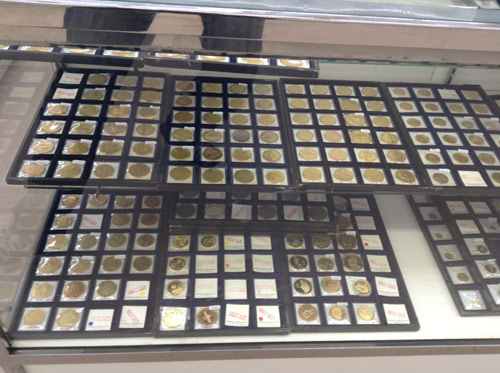 Around the corner, a bullion company had encased in glass a 15kg bar of gold (worth about AU$780,000 at today’s prices, as of May 2015) and a 33kg bar of silver (worth about AU$23,000). The glass had two holes cut into them through which an interested party could insert his or her arm and physically touch the bars. I had seen a similar presentation at the Perth Mint. 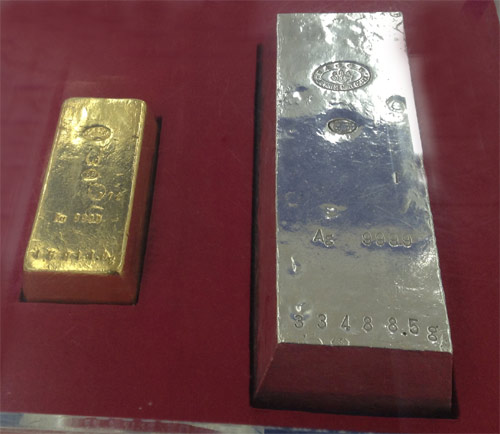 Whilst language barriers meant that I had difficulty talking shop with many of the dealers, those who could speak English were friendly and keen to do business. The range of product was wide, and the venue was clean and spacious. Overall, it was a pleasing and interesting show, and I wouldn’t mind heading over to one of Japan’s larger shows at some point in the future.