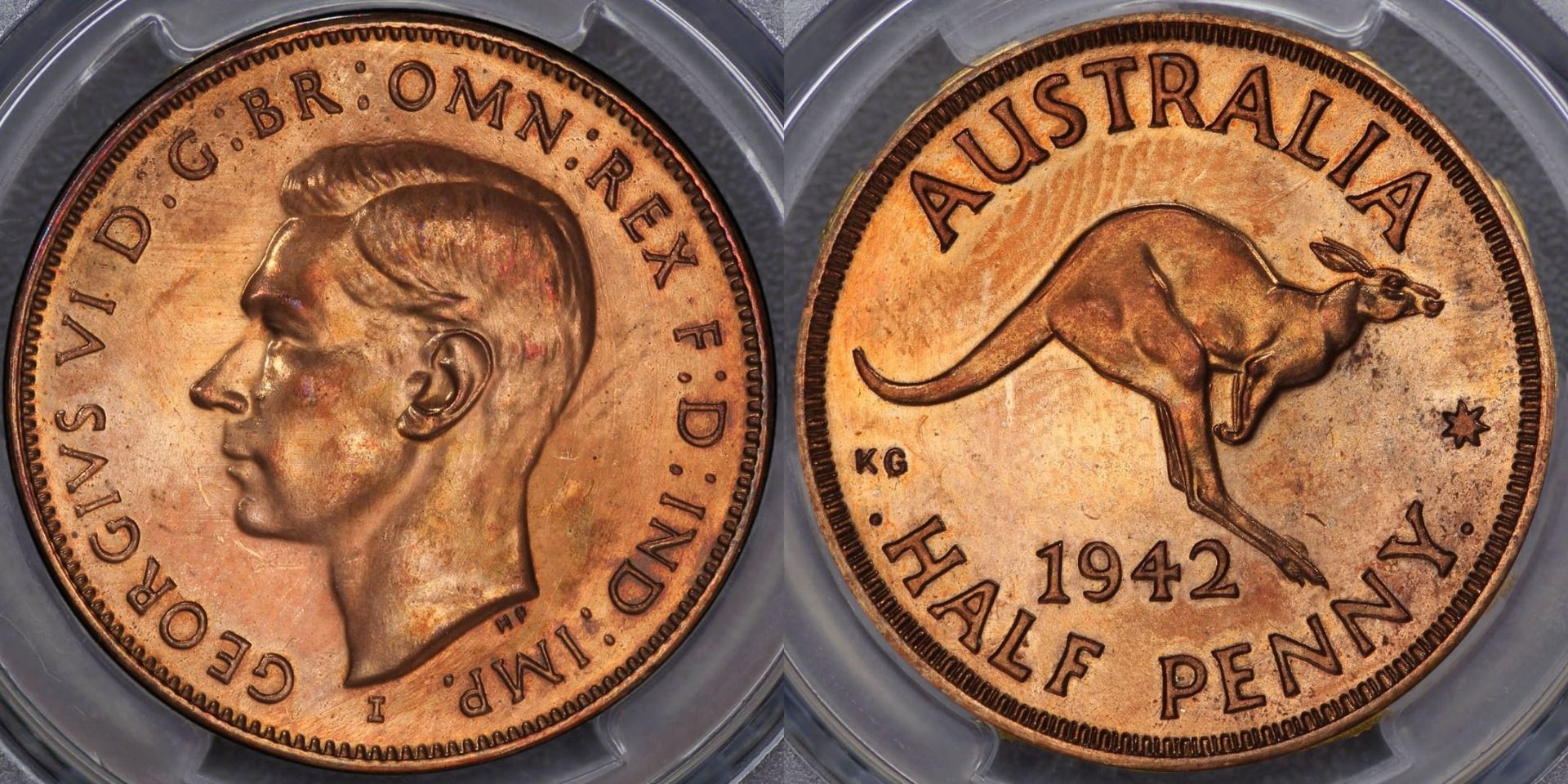 As is known amongst collectors of British Indian coins, it was standard practice at the Bombay mint to strike, at the request of collectors, specially-prepared proof examples of coins that were no longer available in circulation. The mint’s commercial restriking services started in 1947 (although restrikes were also made available to influential people or institutions prior to that) and was limited to Indian coins initially. However, so popular was the service with worldwide collectors that it wasn’t long before Bombay began striking world coins for which they had the dies. Coins from Australia, British East Africa, Ceylon, and the Straits Settlements were all restruck, and continue to trade today as collector coins, many quite rare with high values. British Indian restrikes are particularly popular. Of the Australian restrikes, only the 1942 and 1943 penny and halfpenny were struck, but they were not struck for long: The Australian government of the day did not look favourably upon the unauthorised striking of what was then still legal tender, and promptly ensured that the striking of Australian coins was discontinued and the dies returned to Australia. Nevertheless, a very small number of coins was released to the collecting public before production ceased. These coins today are very scarce and turn up for sale once or twice a year, if that, and command high prices when put to the auction block: Indeed, they are treated and traded in the same way as original proofs, with the five-figure price tag to match. The coin on offer here, a 1942 Bombay halfpenny, is a pleasing example of the type. It is well-struck and has lost only some of its original brilliance. It is also free from excessive spotting or other impairments, although the colour is uneven. Underrated, in my view, and very scarce, with only a small number of examples available to collectors.