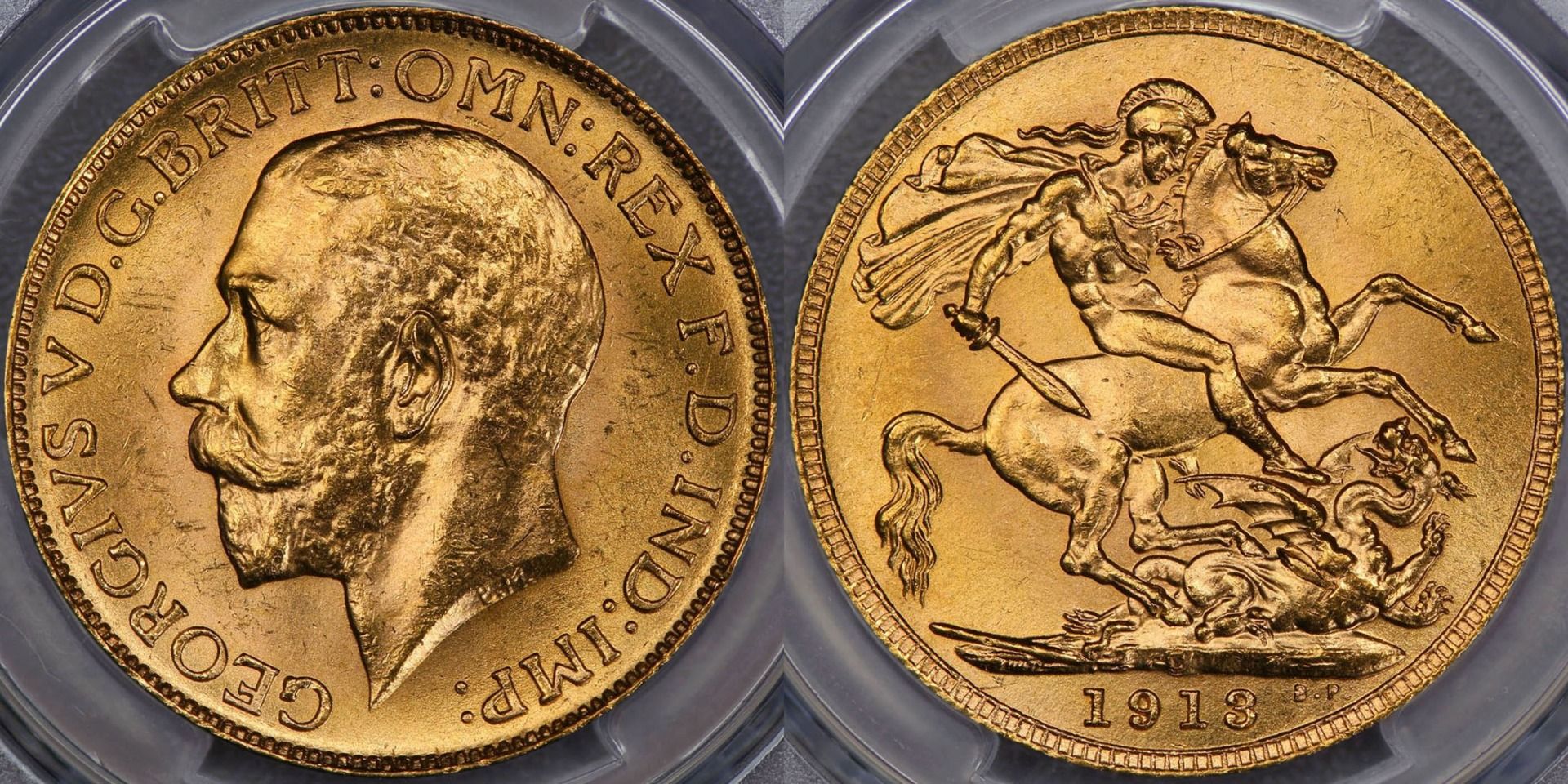 There are a number of rare sovereigns across the entire sovereign series. Most of these coins started with high mintages, and became rare over the decades as more and more coins were melted, recycled, or otherwise destroyed. Besides proofs, very few sovereigns actually started with extremely low mintages. The 1913C sovereign is one of those coins. With a mintage of a mere 3,715 pieces (lower than the 1916C sovereign, the key rarity), the 1913C sovereign is as rare today as it was when it was first issued, and has become the second-hardest date in the Canadian sovereign series. The coin is generally sharply struck, with a faint matt appearance in the fields. I’ve never seen an example with proof-like fields, but Canadian sovereigns are generally not known for that sort of appearance. The coin photographed above is ideal for the Canadian sovereign collector looking for a superior coin who does not want to pay almost five figures for an example in MS64. It is well-struck, and free from excessive bagging or marks, while its overall appearance is clean and original. Uncommon in general, but scarce in this grade.