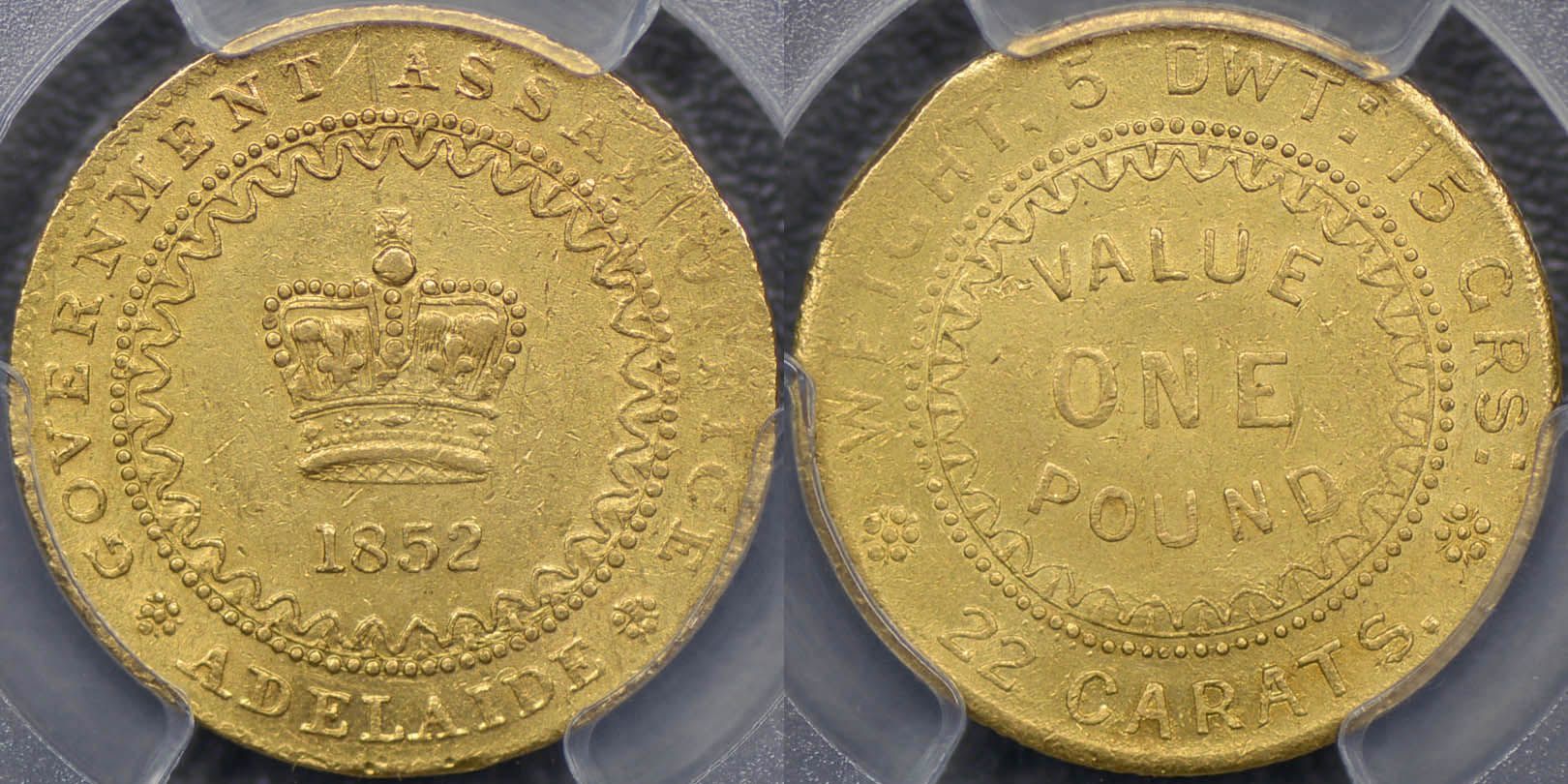 While modern mints today almost never allow coins with faults into circulation, the quality control at Australia’s first mint in Adelaide were far less stringent. Not only did they release coins with large die cracks (such as the famous “cracked die” Adelaide Pound), they also released coins with very weak strikes, adjustment marks, and other manufacturing faults. The Adelaide Pound photographed above was struck on a short or clipped planchet, which presents as a flat area on the rim. This error was common on lower-denomination coins, even well into the twentieth century, but is rare on gold coins. I’ve never seen the error on sovereigns, but have seen one or two examples on the Adelaide Pound. The example here is graded MS60 with PCGS, and, commensurate with the grade, has a couple of marks in the field. As is typical of coins struck on a clipped planchet, the strike is weak around the edge where the rim is flat. On the upside, the lustre is full and the coin is free of wear. If you’re looking for a Mint State Adelaide Pound but don’t want to spend $30,000+ for an example in PCGS MS62 or better, this is your coin.