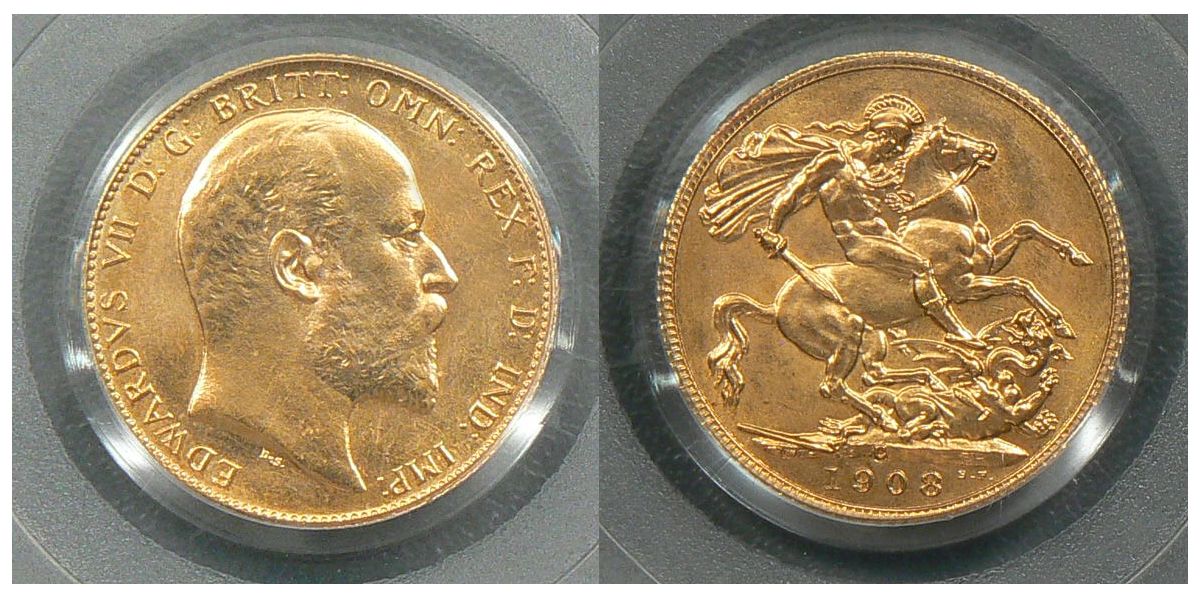 It’s a stroke of luck that I managed to secure a second 1908-C Sovereign specimen in the space of six months. But don’t let that deceive you. Canada’s first sovereign is a true rarity. Take its low mintage: Only 636 pieces were minted, according to the Charlton catalogue of Canadian coins. Then there is its commemorative appeal: It was struck in 1908 to celebrate the opening of the Royal Mint’s Ottawa branch on 2 January 1908. Lastly, of course, is its fabulous appearance: It is technically a specimen (and is described in various sources as a “satin-finish specimen”), but if you put the 1908-C side-by-side with a proof London sovereign from 1902, most collectors would say that the Canadian coin has vastly superior eye appeal. I’ll let the images and its PCGS grade speak for themselves, but at SP65, it is above-average for the type and in the top 15% of 1908-C Sovereigns currently certified by PCGS (February 2013). They have always been tough to find generally, but have been particularly difficult to source in the last year. High prices have been achieved for this coin at auction. (For example, an inferior coin, graded NGC SP64, sold in January 2013 for US$16,450 in a US auction. What does that make the SP65 photographed above worth?). Overall, a very desirable coin and RARE this nice.