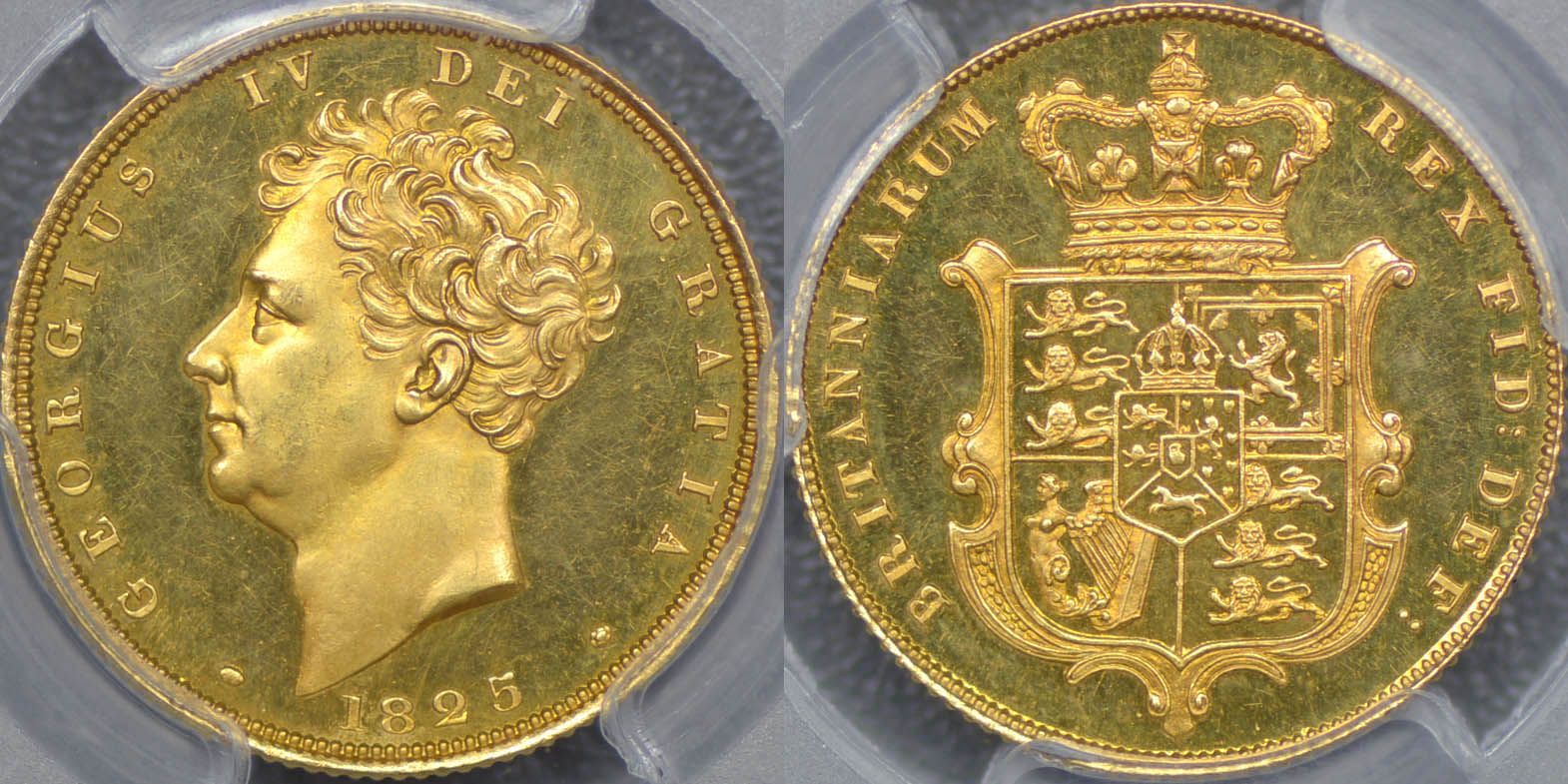 S-3801, with reeded edge and an eight-heart semée. George IV proof sovereigns were issued in 1821, 1825, 1826, and 1830. The 1830 is a rare one-off type worth over AU$100,000, while the 1821 and 1826 were “commercial” proofs issued in larger numbers as part of sets. The 1825 proof sovereign, on the other hand, is a rare VIP issue, minted in low numbers, and issued to contemporarily-important people. The exact number in existence doesn’t appear to be known, although some publications state that fewer than ten examples were issued. The true mintage appears to be higher, although not by much, if the numbers on the PCGS population report are any indication. This particular example is the second-finest graded example by PCGS (1/19) and is one of only two 1825 reeded edge proofs awarded the coveted “Deep Cameo” designation. Very rare in this grade, and one to put aside in the long-run, in my view.