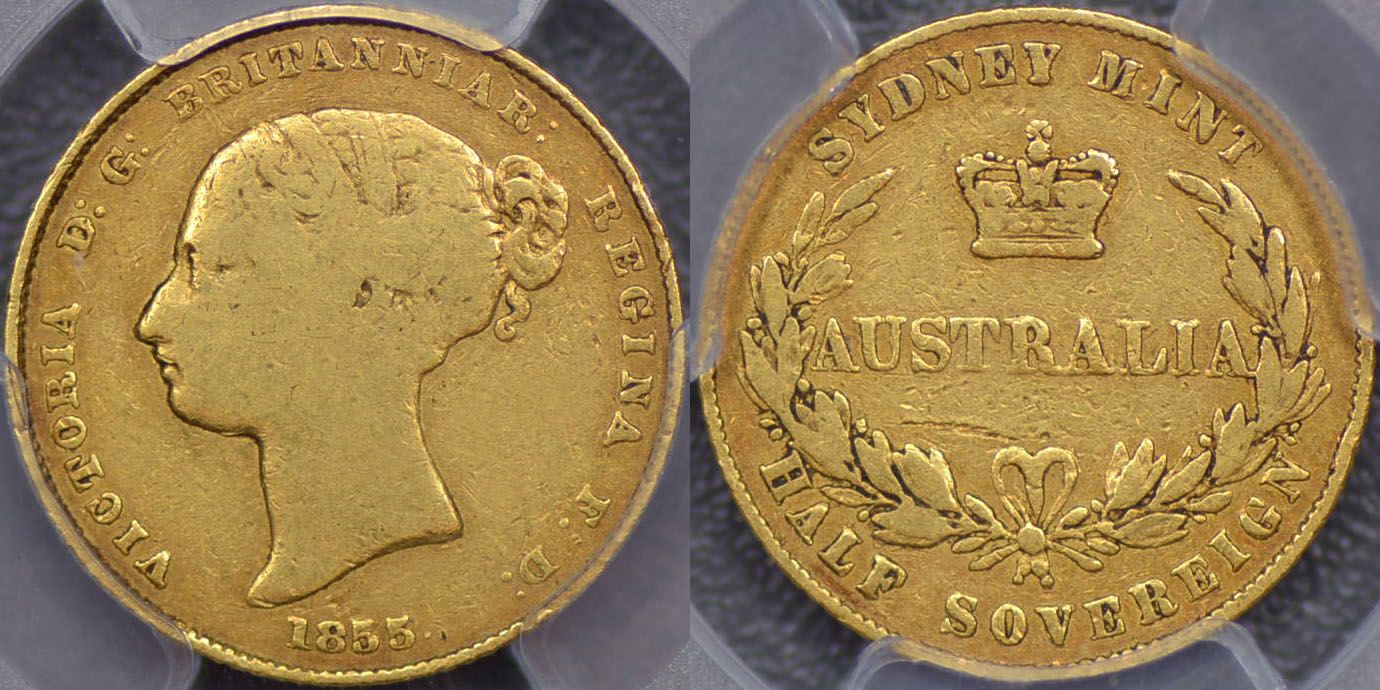 There are several rarities in the half sovereign series, but none of them compare to the inaugural issue. Just 21,000 examples of the 1855 half sovereign were minted, but most were subsequently lost through attrition and time. Today, just a few dozen exist. Of those that did survive, most are in poor condition or are damaged to such an extent that PCGS refuses to grade them, so to get an example in a holder is quite a coup. In fact, this is the first example of this rarity that I’ve had in stock since 2007, and one of only a small handful that has appeared on the market since then. Although it is no gem, it is a problem-free coin, with no edge knocks, graffiti, or unnatural impairments that are inconsistent with its grade. A fair amount of the Queen’s features have been worn away, but there is good detail in her hairline and bun. The reverse is also pleasing. Overall, it is a fine example of this rare issue, and one of Australia’s greatest rarities.