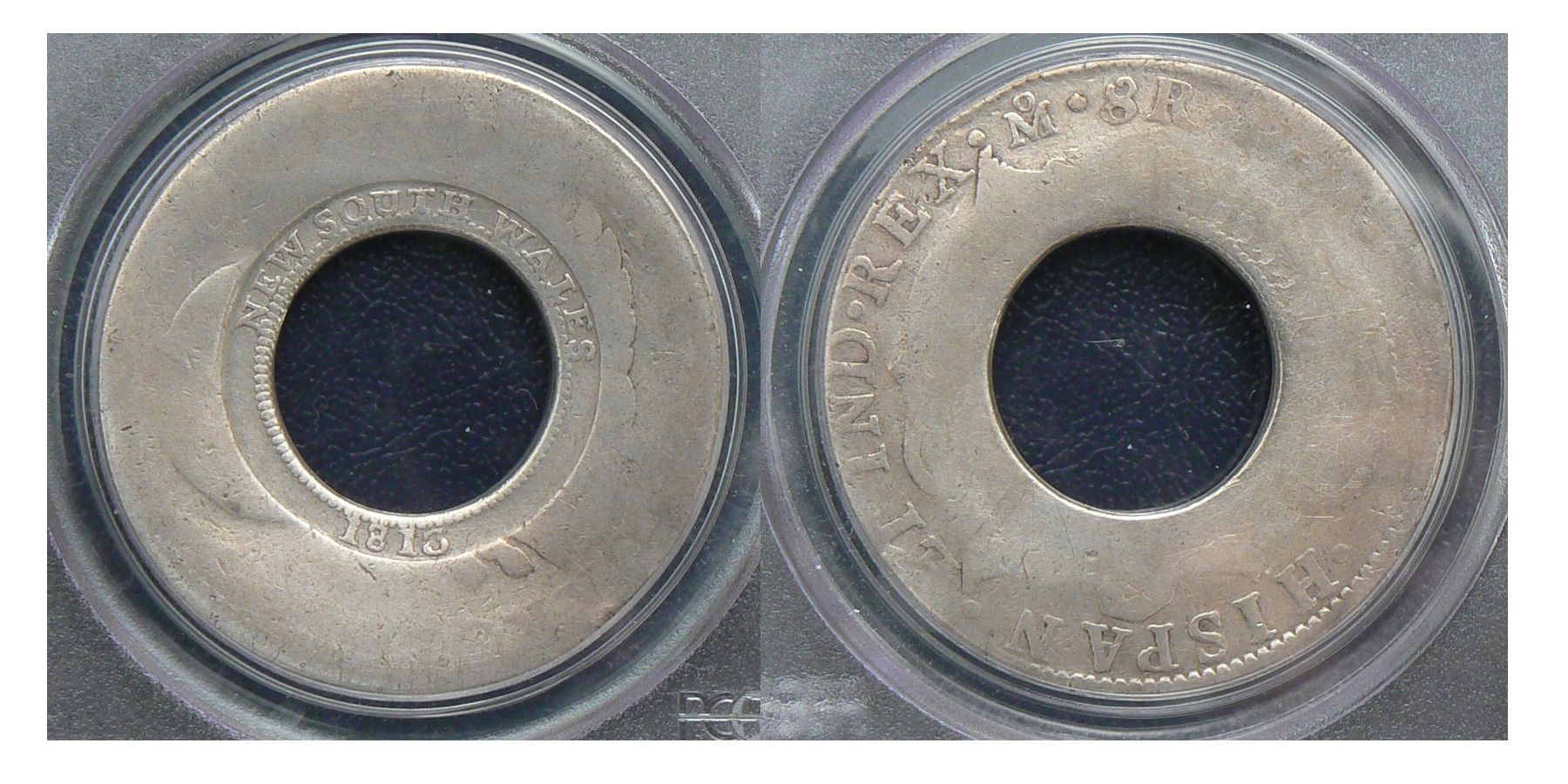 Five shillings or holey dollar, struck on a 1789FM Charles IV Mexico City Mint eight reales (Mira/Noble 1789/5, dies I/1:A/5). Evenly worn host coin. Slightly concave strike has resulted in strong obverse counterstamps. Ex-Dr Gerald Holt Collection, ex-Spink Australia Sale 14, November 1984 (lot 518), ex-Downies Auction, March 1986 (lot 59), ex-Monetarium August 2009, priced $37,500. An inferior piece sold for over $36,115 at the July 2011 Noble Numismatics auction; that example had an “old cut” in the reverse and was heavily worn, so the piece on offer here, which is PCGS-certified, represents good buying at $29,500. An original and affordable example of this classic Australian rarity, and one of only about two hundred holey dollars available to collectors.