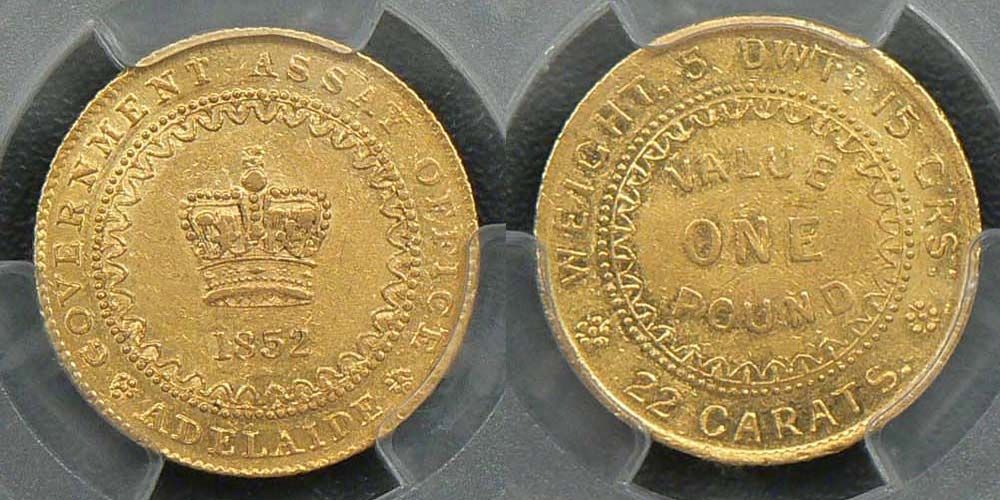 I don’t often get 1852 Adelaide Pounds in stock. They’re reasonably scarce in AU or MS grades and tend to sell quickly. The specimen above came out of an old Sydney collection, and was allegedly previously sold by Sydney dealer Bob Jaggard. It’s a sharp piece, with near-full lustre and great eye appeal. Although the image makes the coin look a little bunged up, it’s actually a really pretty piece. All the detail is there, while the crown and rims are fully struck up. PCGS has assigned it a grade of AU55, which doesn’t take into account its sharp strike. And the price? Well, think about this: In November 2012, a similar Adelaide Pound, also graded PCGS AU55, sold at public auction for $26,213. That coin, which I examined closely during the pre-auction viewing, was inferior to the coin for sale above, and had a flatter strike and impaired eye appeal. The coin for sale today is priced at $19,500, with some room to move if you’re ready to settle immediately. Overall, the above coin is an ideal specimen for collectors who wish to acquire a problem-free Adelaide Pound, but don’t want to spend $100,000 to do so. Scarce this nice, and very well-priced.