Back
2020
>
Sovereign rarities from George V, ranked from top to bottom

Sovereign rarities from George V, ranked from top to bottom

There are a lot of sovereign rarities across the George V sovereign series. There are about a dozen major rarities from the 1920s to 1930s, as well as handful minor ones. Key dates like the 1923SA currency-issue sovereign are rare because of special circumstances, while other key rarities, such as the 1920S sovereign and 1921M sovereign, are rare despite high mintages because of mass government meltings during the 1920s. The remaining fifty or sixty dates which would not be considered rare are often lumped together as a group described as “common” or of “normal” scarcity, especially as the Marsh sovereign guide describes them explicitly this way. However, there are many scarce and very scarce dates outside the “melt rarities” that deserve a premium as well. Dates such as the 1920M sovereign, 1928M and 1929M sovereigns, and 1921S and 1924S sovereigns are all much harder than your garden-variety common-date sovereign. Some dates, like the 1916M sovereign and 1918M sovereign could even be considered sleepers, yet to be appreciated by collectors. 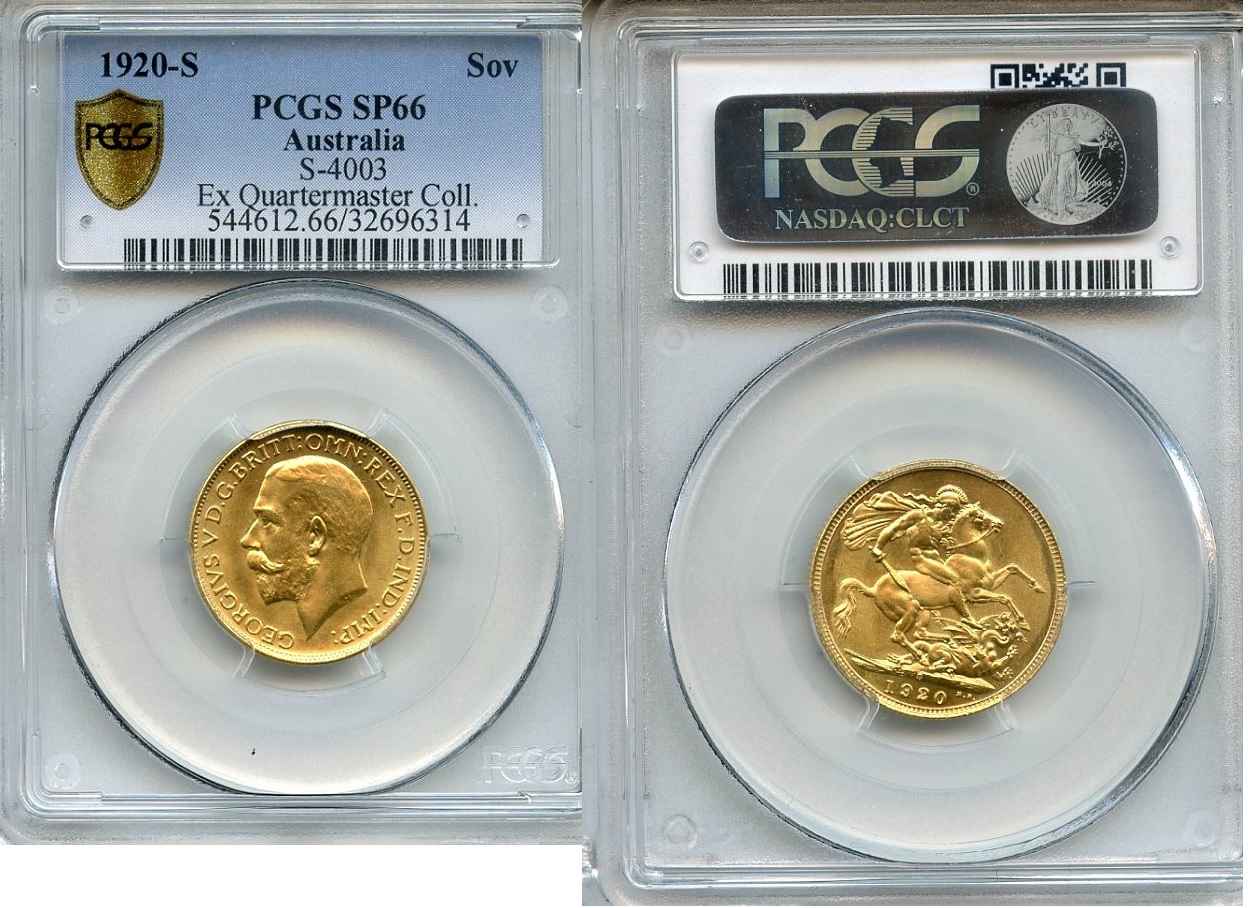 To that end, I’ve compiled a list of George V sovereigns minted across all the mints and years, and sorted them in order of what I view to be their rarity, from most rare to most common. Toward the bottom of the list, the individual rarity of the more common dates is neither here nor there, and the order I’ve put those dates matters less than, say, the top twenty coins, where individual rarities are more clear and more important.