Back
2016
>
Rare coins at the Royal Australian Mint 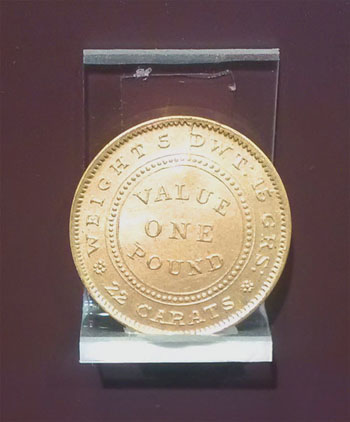 Two weeks ago, I had the honour of attending the Royal Australian Mint’s 50th anniversary celebrations of decimal currency. It was a big day, with exhibits, shows, cheap food, costumed mascots, and a factory tour. However, most interesting of all was the display of the National Coin Collection, a group of high-quality, rare, and historically-important coinage. As I don’t often head down to our nation’s capital, I took the opportunity to photograph some of the Mint’s numismatic treasures. 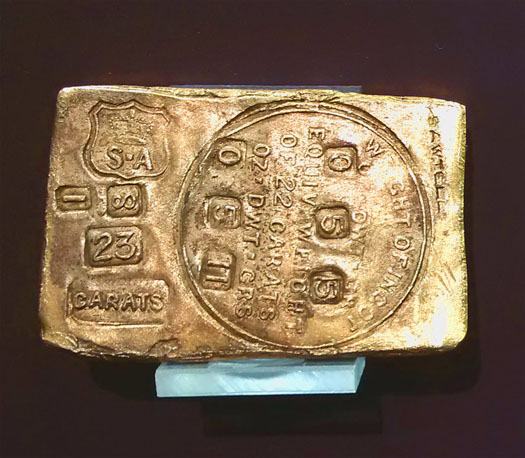 A restrike of an Adelaide Ingot.

A restrike of the cracked die Adelaide Pound. A genuine example in UNC is worth close to $500,000.
This example is one-sided so as to distinguish it from the original. It was struck from an original die so would otherwise
be undetectable as a restrike (although its strike is far superior to any original Adelaide Pound I’ve ever seen). 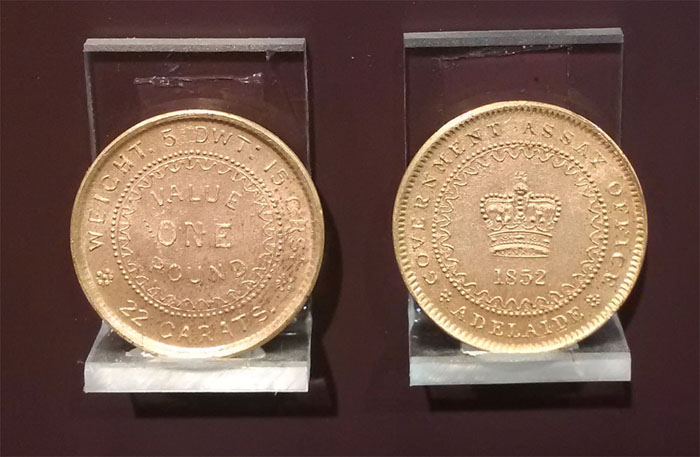 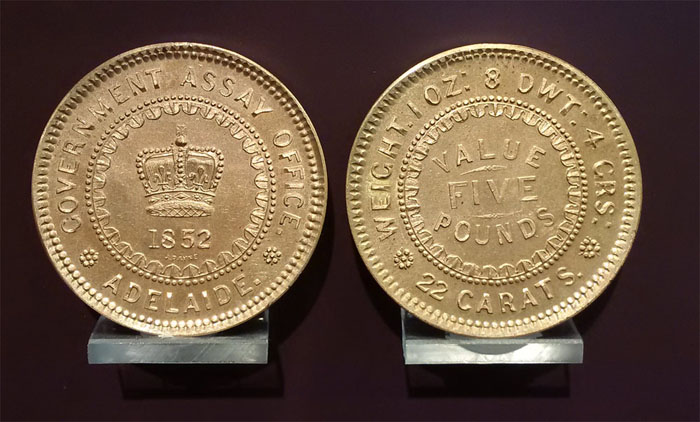 An obverse and reverse restrike of the Adelaide Five Pound. No original Five Pound pieces were minted, although several were restruck for institutions and the public in the early twentieth century. 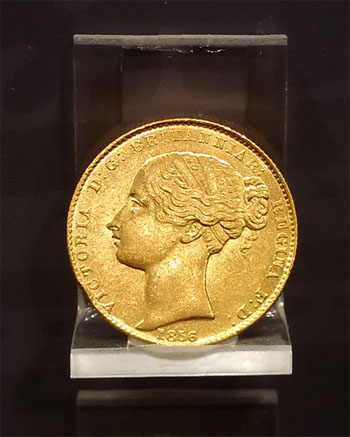 An original 1856 Sydney Mint Sovereign in what looks to be UNC condition. This would be worth over $100,000 if the reverse were just as good as the obverse. 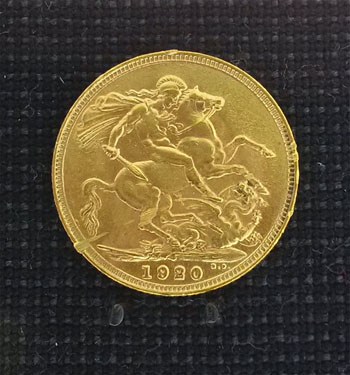 The famous 1920S Sovereign, of which only five examples are currently known. The signage in the display valued the coin at $300,000, but several examples have recently traded closer to $1 million. 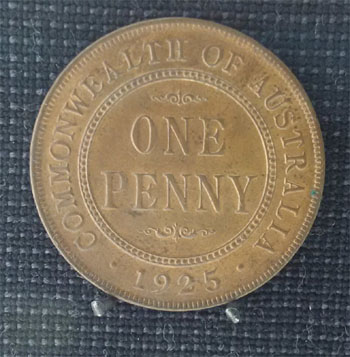 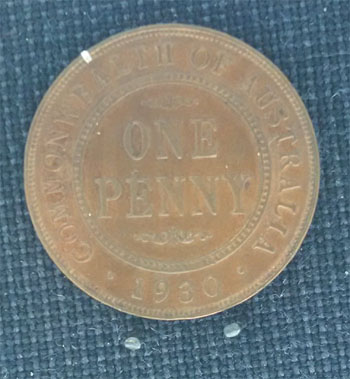 The king of Australia’s pre-decimal coin series, the 1930 penny. 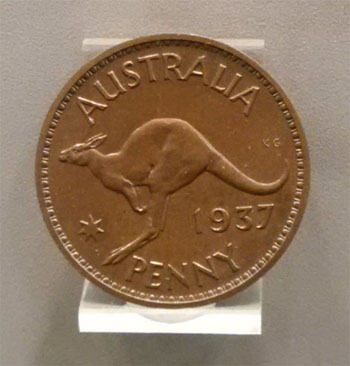 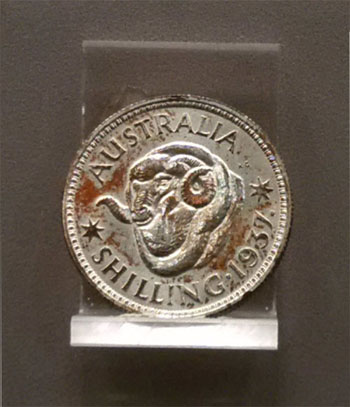 A pattern 1937 shilling. Like the penny, only a small handful are known. 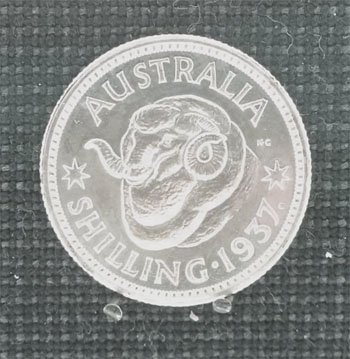 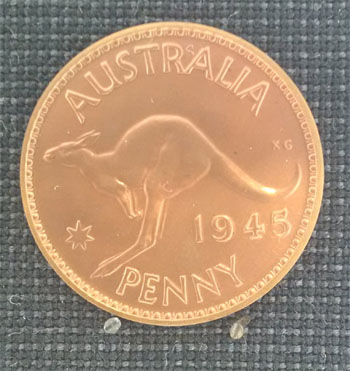 A rare 1945 proof penny, minted in Melbourne. Only one example is currently available to collectors. No 1945 pennies were issued in Melbourne that year making this coin extra special. 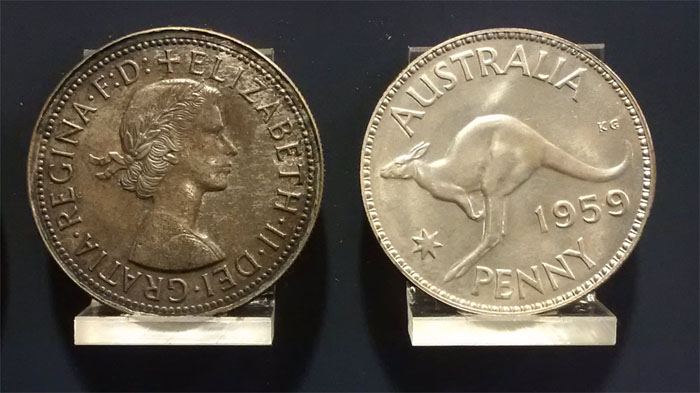 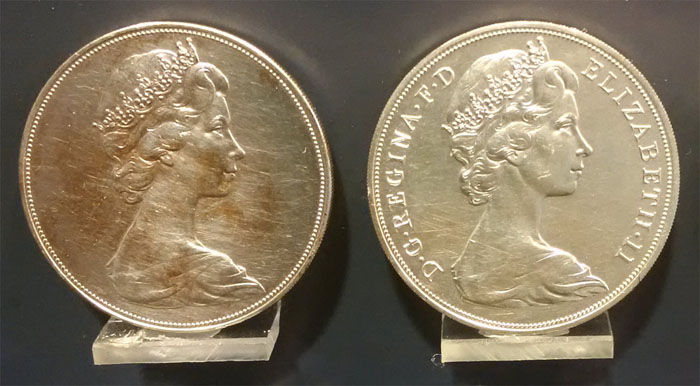 Two obverse patterns for what was, in the 1960s, our new decimal coinage. Although Arnold Machin’s obverse was eventually used on our coinage, English legends were used instead of Latin legends, as in the coin on the right. 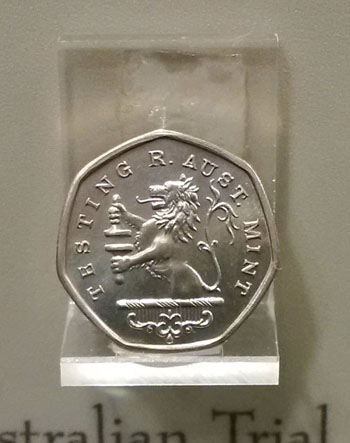 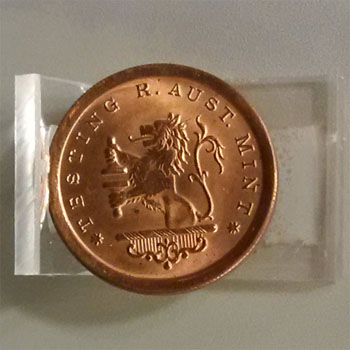 Another test coin, this one made round and of copper. 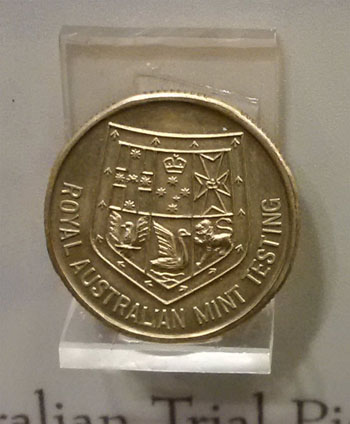 And another, this test coin in aluminium bronze.

Three early copper one penny coins. The kookaburra design was taken from the pattern square pennies of the 1920s. 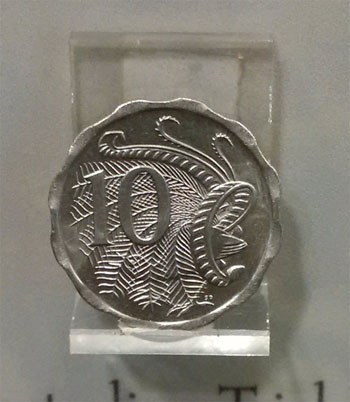 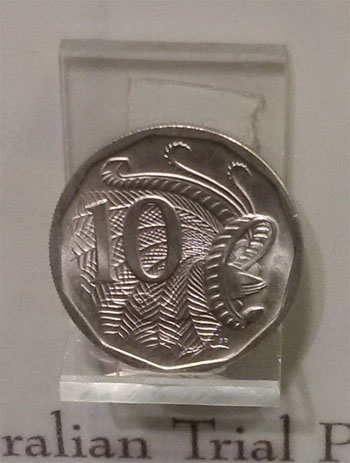 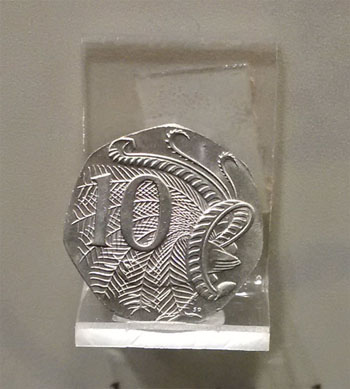 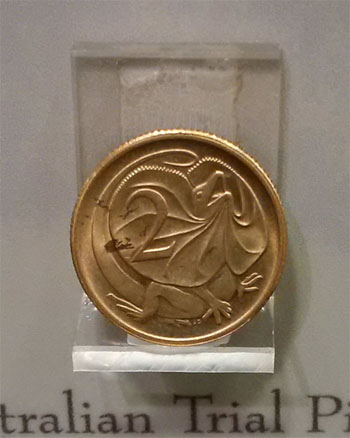