If you’re from Sydney and have been collecting coins for longer than twelve months, you’d have heard about the Petersham Coin Show. Although it’s not as glamorous as the annual ANDA Coin Shows, Petersham is one of the oldest and most popular coin shows in Australia. I don’t usually write about it, but because this is the first Petersham “superfair” in almost nine months (renovations to the venue took longer than expected), I thought I’d put together a short report of the event. 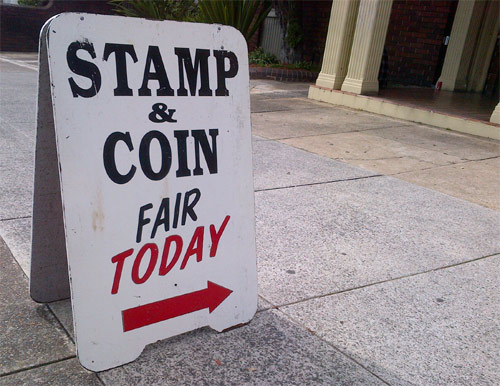 As always, and has it has always been, the show was held in the main chamber of the Petersham Town Hall building. Although I had heard rumours that the number of tables allowed inside the hall had been reduced (purportedly due to Occupational Health and Safety concerns), the room appeared fuller and more tightly-filled. The layout hadn’t changed, and all the regular faces were behind each of the tables. Stephen Cole from Tasmania was there next to me near the back of the hall; Ed Cummings and Tony Byrnes took up positions against the stage; Mark Tyson traded opposite Rob Morello on the right-hand side; and Renniks, spread across four tables, took the left-hand side. Smaller dealers from all over the country took up other positions in all the spaces in between. 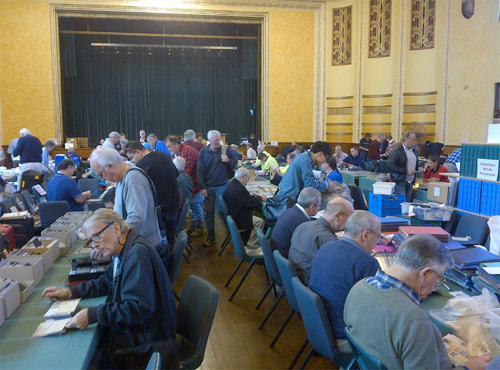 It was a busy morning: The main trading floor.

Because there hadn’t been a show for almost nine months, I was expecting big crowds. I wasn’t disappointed. When the front doors opened at 9:30am in the morning, collectors flooded into the hall as though there were a rock star or celebrity on stage. Long lines formed at Tony Byrne’s world coin albums, while Prospect Stamps and Coins drew the usual big crowds with their great range of mint product. Meanwhile, collectors of PCGS-certified coins flocked to my table as well, particularly the “5 slabs for $100” bargain bin box, which contained PCGS-graded coins priced at less than the grading fee. It was also good to catch up with old friends, one of whom had flown up from Melbourne to attend. 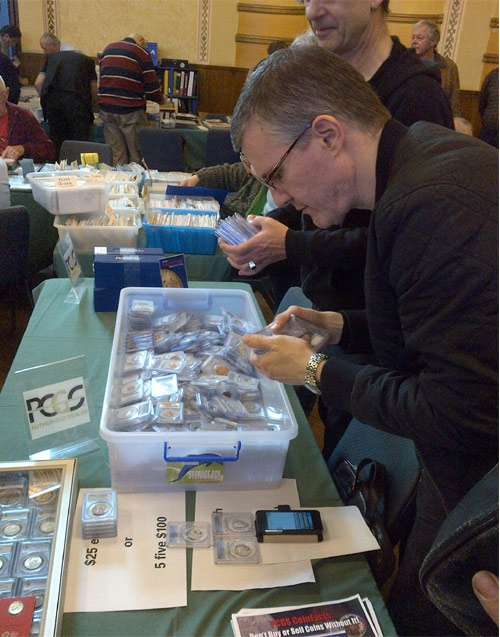 Collectors fossicking for coins in the PCGS-graded coin bargain bin.

Sales were reasonably strong. Despite the cloudy economic climate in Australia at the moment, collectors are still willing to spend good money on the right coins. Feedback from collectors was that higher-quality coins were getting harder to source, while lower-quality and uncertified coins were selling at bigger and bigger discounts to the catalogue valuations. Fellow dealers had the same sense of the market, and felt that while the market wasn’t weak, coins of lesser quality were very hard to move without cutting prices. 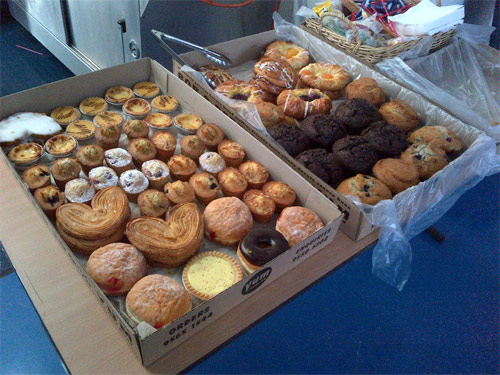 A selection of cakes and pastries available at the café.

Petersham has always been a good coin fair for collectors who like to fossick for collectables. There’s always a great range available (and not just of coins) and the crowds have always been strong. So if you’re ever in Sydney on the fifth Sunday of the month, drop by Petersham for a fun numismatic day out.

The next Petersham Coin Show is on 30th November 2014. 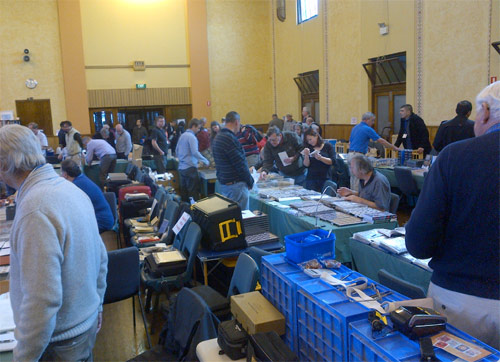 Another shot of the main trading floor.