Proof coins with highly reflective, mirror-like fields can be described as either cameo (abbreviated to “CAM” on the PCGS certificate) or deep cameo (abbreviated to “DCAM”). CAM and DCAM refer specifically to the degree of contrast between the frosted design and the reflectivity of the proof fields. Proof coins that have both reverse and obverse designs that are highly frosted and contrast strongly with highly reflective fields are described as DCAM. Where the proof fields are highly reflective but the design is not frosted or frosted on only one side of the coin, PCGS assigns a CAM designation to the coin. PCGS will not assign a DCAM or CAM designation to a proof coin if the fields are not highly reflective, even if the design is frosted, which is unlikely anyway, as frosted designs usually accompany reflective fields. 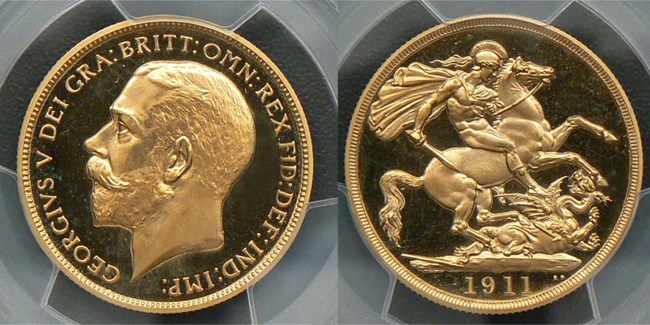 A 1911 £2 gold coin graded PCGS PR65DCAM. Notice the cameo effigy of George V on the obverse and
the deep contrast between field and design on the reverse. 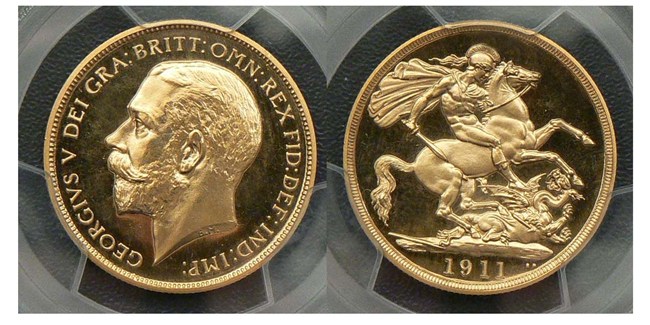 A 1911 £2 gold coin graded PCGS PR63CAM. Notice how little frosting remains on the obverse and reverse
designs on this coin. Only the coin’s reflective fields have earned this coin a CAM designation. 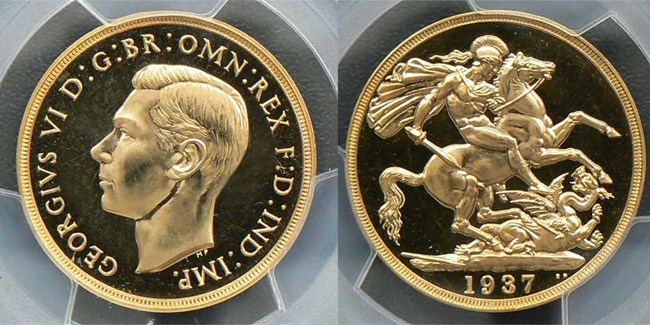 Notice the lack of cameo on the reverse design. Perhaps it’s more obvious in the flesh, but the design
looks glossy and has very little white frostiness to it. The obverse retains a reasonable amount of “frostiness”.
The coin is graded PCGS PR64CAM.

These days, modern mints such as the Royal Australian Mint or the Royal Mint in London produce high-quality proof coins that mostly, if not always, grade up as DCAM. It would be unusual for a modern mint to issue a proof coin without adequately preparing the dies for production, although I do know of at least one instance where the Royal Mint issued a proof sovereign without polishing the reverse die. The dies produced a non-cameo reverse with full cameo obverse. A modern proof coin that becomes impaired in some way, by being circulated, for example, will also lose its “DCAM” or “CAM” designation over time; as the design wears away, so does the reflectivity of the fields. Some of our first decimal proofs from 1966 were struck from dies that had lost their “frostiness”, resulting in semi-frosted or unfrosted designs on the coins they struck. These coins have graded up as CAM. Meanwhile, many milled gold proofs from the United Kingdom grade up as DCAM or CAM—with the exception of the proof issues of 1902, which were all struck from sandblasted dies and resulted in coins with a matte appearance. The proofs of 1937, in particular, are known for their cameo portraits but unfrosted reverses—which would grade CAM by PCGS. Despite their expertise at producing deeply cameo gold proofs since the early 1800s, the Melbourne and Perth mints did not produce any silver or copper coins with the cameo effect. The reason behind this is perhaps worth further research. 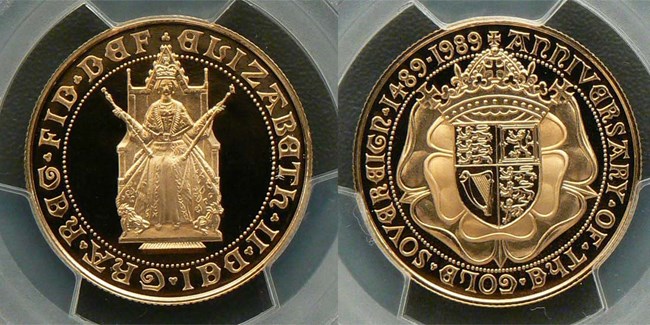 A proof 1989 gold £2 or double sovereign in glorious PCGS PR69DCAM—which is more-or-less perfect.
The fields are highly reflective and appear to be pitch black when photographed. 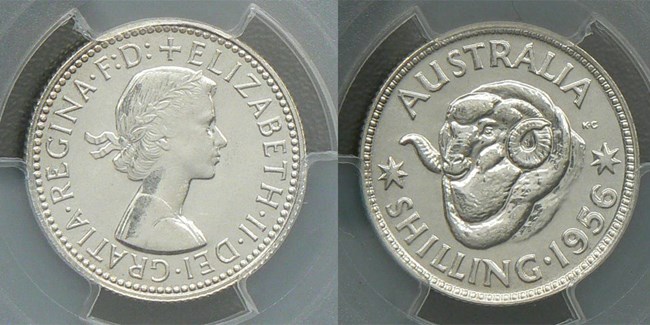 This 1956 shilling is graded PCGS PR65. It does not have a cameo appearance. In fact, no pre-1963 Australian silver
or copper coins have a cameo strike. Only from 1966 onward did the Royal Australian Mint issue proof coins with cameo fields.

For more information, buy yourself a copy of the “The Official Guide to Coin Grading and Counterfeit Detection” by Scott Travers.