I don’t often go to Perth, but when I do, it’s the weekend of the Perth ANDA Coin Show. This year has seen a new spin on this popular coin show, with new activities for the kiddies, no entrance fees, and a refreshed branding effort. In fact, if you didn’t notice anything else, you’d certainly have noticed that the coin show is a “coin show” no more: This weekend, it was the Perth Money Expo. 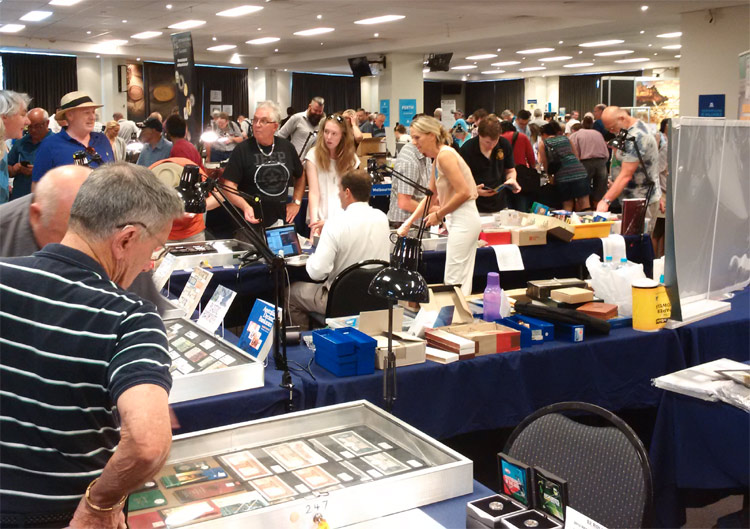 View of the main trading bourse.

The first thing I noticed upon entering was the absence of the tired black-and-white ANDA Coin Show board that was usually propped up near the entrance of every ANDA coin show I can ever remember. In its place was a vibrant, blue fabric banner. The second thing I noticed was the absence of an entrance fee. Instead, a small sign near the door encouraged collectors to make a small donation to help cover some of the costs of the show. The third thing I noticed was the large table near the centre of the room that was strewn with five cent pieces: It turns out that young and budding collectors could assemble a complete five cent date set to take home with them – free of charge. I don’t think I saw the table unoccupied at any point over the weekend. And even I was tempted to sift through the coins with an eye for varieties—or perhaps even a scarce double-header. 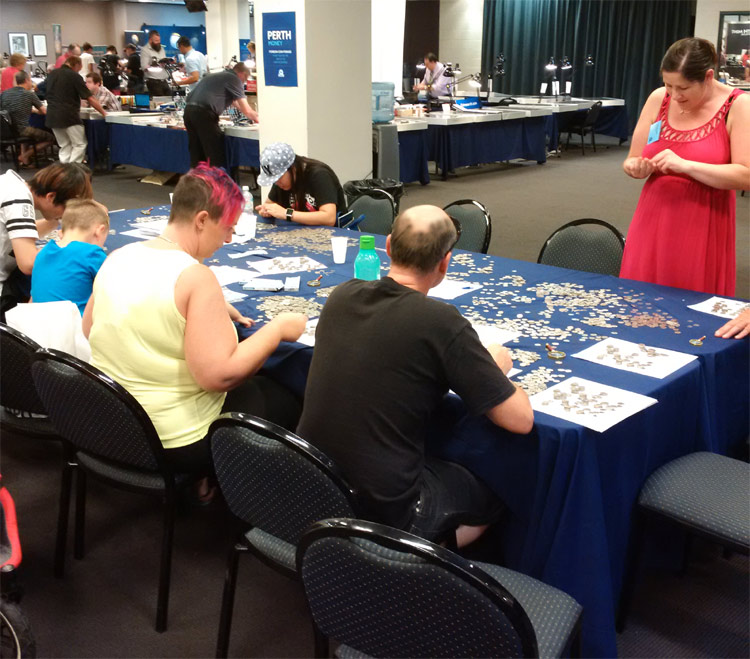 The Five Cent Forage – popular with the young and old.

Of the dealers in attendance: There appeared to be a larger number of dealers at the expo than in previous years, including a dealer from Canberra and another from Melbourne whom I could not ever recall attending a Perth ANDA Show in the past. Scuttlebutt on the floor was that it was a generally good weekend, with most dealers in a reasonably good mood by the end of the second day.

Meanwhile, feedback from collectors was generally positive, with at least one collector observing a new “energy” on the floor and in the room. I would not have necessarily disagreed, although by the end of the second day the flow of collectors had slowed down to a steady trickle. Overall, I had sensed a somewhat larger crowd, although I don’t have the exact numbers to say for sure.

By and large, it was a pretty good show, and if the quality of presentation and branding remain high going forward, I can see the Perth Money Expo setting a pretty high bar for Australian coin shows in the future.