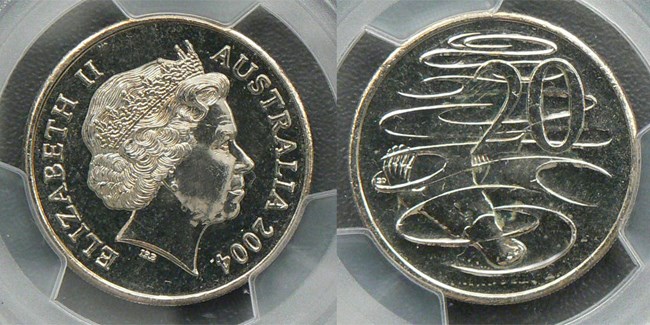 The 2004 small head twenty cent: Scarce in high grade, because none were preserved in mint sets. 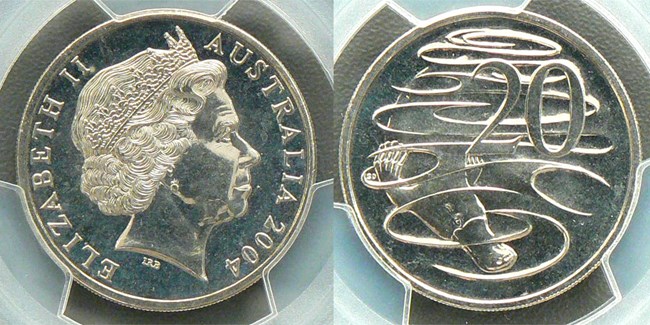 If you want to see some hard numbers: Refer to the PCGS Population Report here. The highest graded large head (the supposedly rarer coin) is MS70. And there are dozens in grades MS67 up. Meanwhile, the highest grade small head is MS66, with the bulk mostly in MS65.

It is little things like this that can help the collector look passed mintages, and unearth true rarities (and perhaps jump onto a bandwagon before everyone else does).

The 2005 Proof Mob of Roos dollar coin graded by PCGS