Last week, when I listed for sale a 1942-I halfpenny with the long denticles on the reverse, I got a number of emails requesting more information about this variety. Although I had uploaded a large image of the coin in question (which you can view here), the difference is not always easy to see unless you’re familiar with the variety and know what to look for. A picture does indeed tell a thousand words, and the easiest way to explain the difference between this variety and a standard type is to put two images side-by-side. 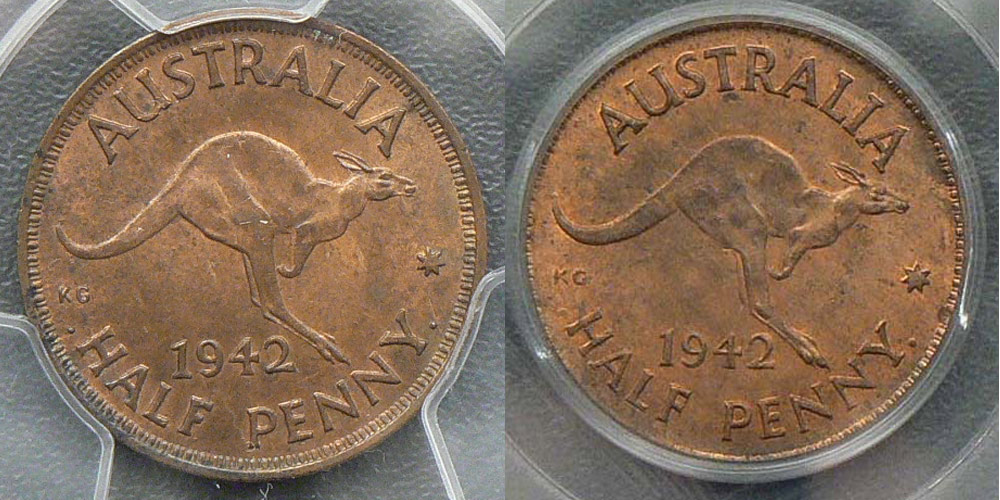 Note the size of the denticles or beading around the edge. The left coin has long denticles while the right image has short, stubby denticles. The long denticle variety on the left is rare. 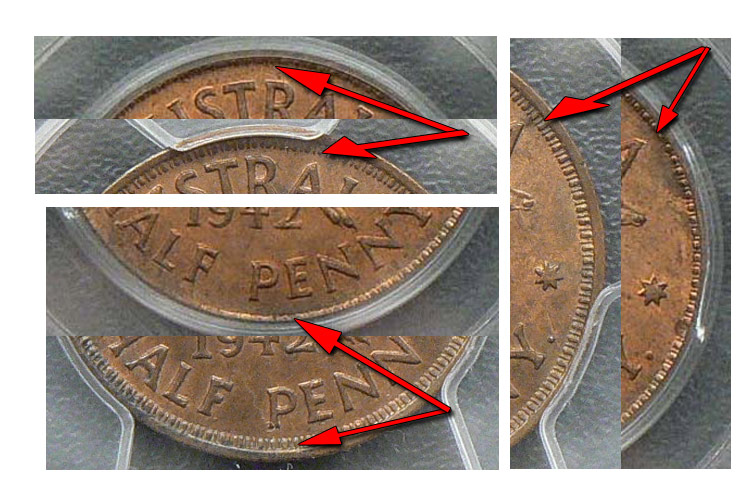 I’ve drawn in arrows showing how the denticles are longer on one set of images than the other. Once you’ve seen enough of them, you’ll be able to identify the variety without needing the other to compare.

According to Fred Lever’s excellent coin varieties reference book, the reverse of the long denticle 1942 Bombay halfpenny was struck with dies meant for use in the next year, 1943. (You’ll note that the halfpennies from Bombay dated 1943 all have the long denticles). Mr Lever describes the coin as rarity 4 (out of a scale of 10, 10 being the rarest), and puts a valuation of $50 for average circulated examples. Mint State examples are rare, and over the last five years, I’ve seen only four or five examples of this popular and genuinely scarce variety. PCGS has graded only two examples of the long denticles variety while NGC has graded at least one, as of June 2013.