The Royal Mint issued five pound pieces in 1902 in proof and for circulation. Both versions of this coin are widely collected, but unlike most years where a proof version exists, the circulation strike is actually rarer than the proof. While 35,000 five pound coins were struck for circulation, 27,000 were melted, leaving behind a mere 8,000 pieces. Being circulation coins, some were spent, mounted, or otherwise lost, so the number existing in high grade (MS62 or better) is low. Meanwhile, the mint made 8,066 proof examples and most of these were put aside by collectors and preserved in sets, so large numbers are still available on the market today. 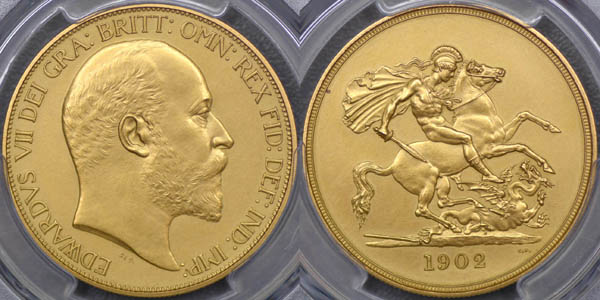 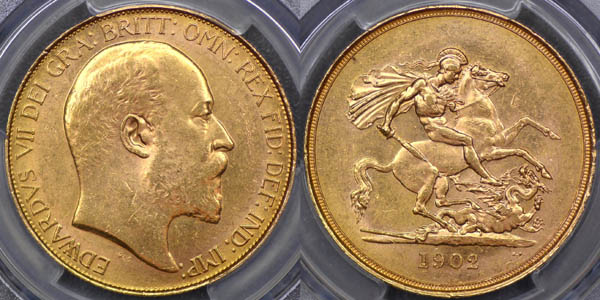