It isn’t widely known, but the 1881 Melbourne and 1882 Sydney shield sovereigns come in two distinct varieties. The first type has a pointy tip on the truncation while the second type has a round tip. (See image below highlighting the difference.)

The easiest way to identify the different varieties is by looking at the tip of the truncation, circled.

There are other differences as well, especially around the hairline, and the curl design, as well as the position of the entire effigy in relation to the legend. It really is a different design, not just some side effect of a worn die or poor strike.

This variety was recognised by the Spink coin catalogue only a few years ago, while the McDonald catalogue devoted a full-page to its discovery in 2014. PCGS officially recognised this sovereign variety after the editors at Spink gave the coin a formal identification number, S-3854.

Collector Kevin Parker was first to bring it to the attention of collectors in Australia, and he deserves credit for getting it published into the McDonald, but despite the information being “out there” for a number of years now, few sovereign collectors and coin dealers are aware of it.

The variety has been sighted so far on the 1881-M and 1882-S shield back sovereigns. Both designs are common on the 1882-S, with the split about fifty-fifty across the two varieties. Conversely, the 1881-M with the round truncation is far rarer than its pointy-tipped brother. I have spent years scouring coin shows and auctions looking for unidentified examples, and have only managed to find three or four pieces over the years. One of these coins body-bagged with PCGS for a scratch, while the others were in various grades of AU. None of the coins have made Mint State, which is not surprising, since the 1881-M shield sovereign its in itself a scarcer date.

Here are larger images of each sovereign variety:

The 1881-M shield sovereign with the round tip on the truncation. This is the rare variety. 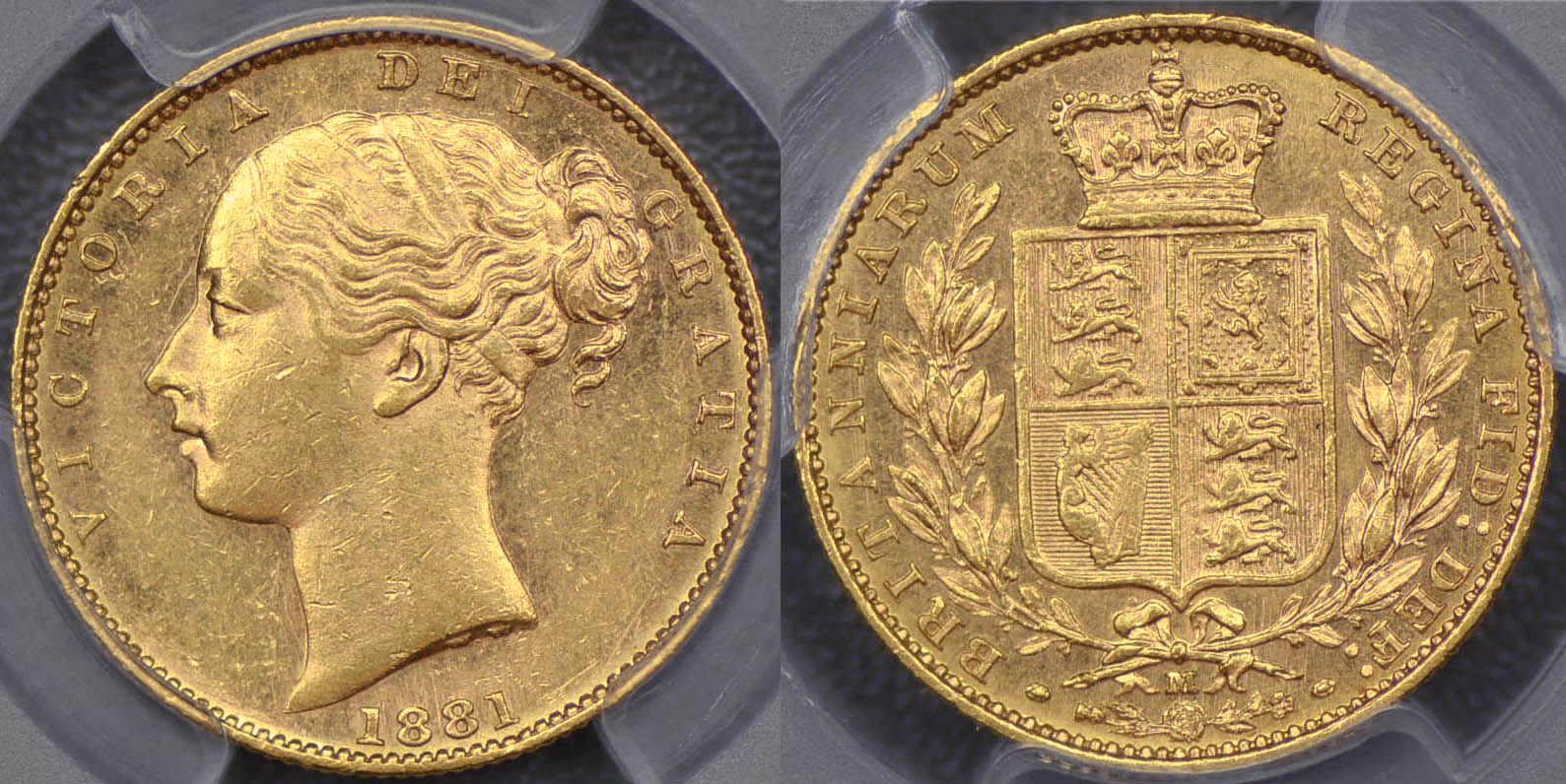 The 1881-M shield sovereign with the pointy tip on the truncation.