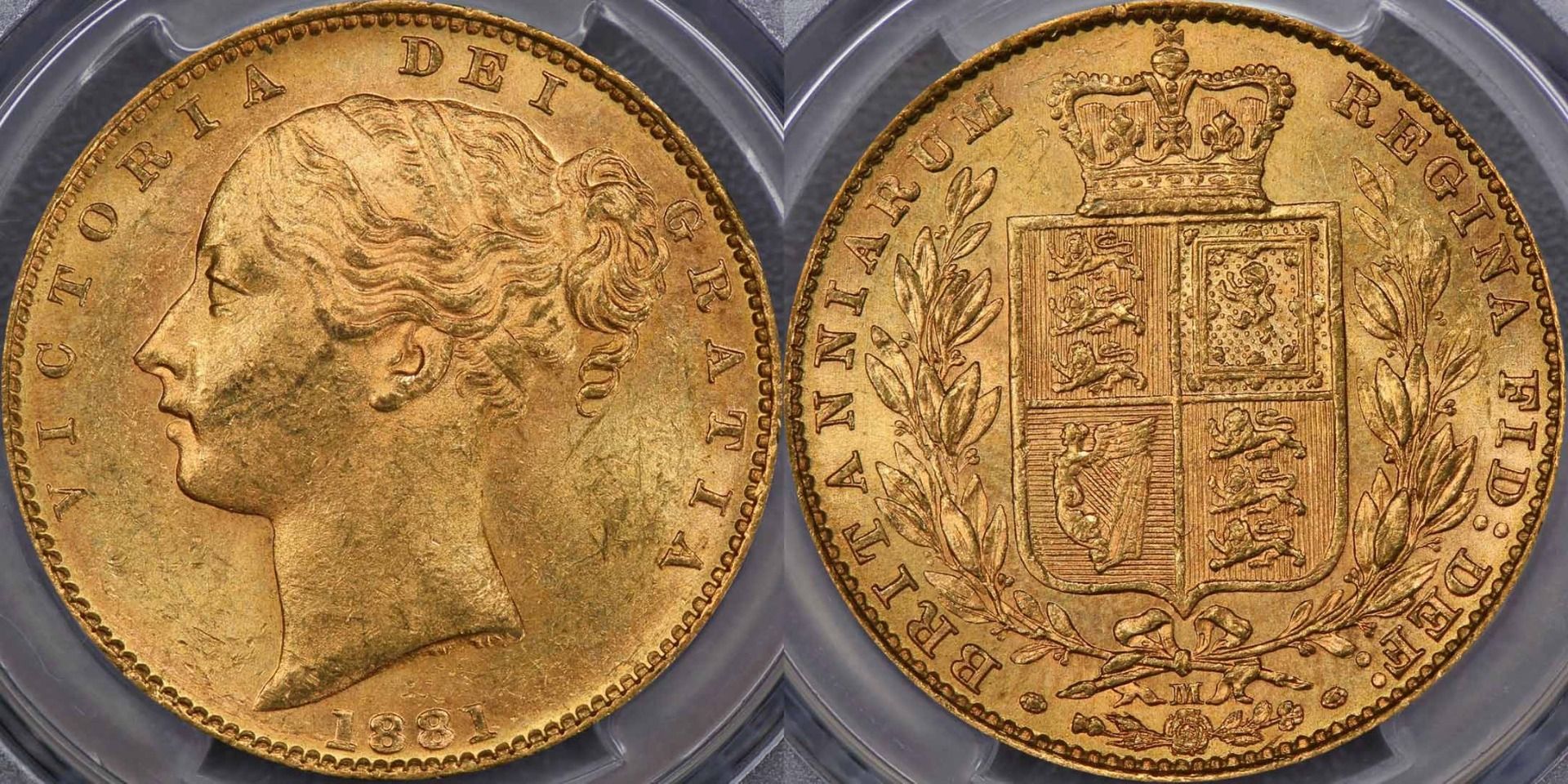 S-3854A, with pointed tip of truncation. The 1881M shield back sovereign is the fourth or fifth rarest shield sovereign in the Australian shield sovereign series. Although it doesn’t have the same cache as the 1880M or 1886M shields, it has always been extremely difficult to obtain in Mint State. We’ve handled just six coins in Mint State since 2008: Two were in PCGS MS62 and four were graded MS63 or better. The example on offer here is above average, and superior to the two MS62 coins we sold. There are shadows of coin cabinet friction on the high points, while light abrasions mar otherwise original and lustrous fields. We have handled MS63 shield sovereigns that have superior technical features and eye appeal, so this presentable and problem-free coin has been reduced in price accordingly. If you’re after an 1881M shield sovereign that has been assigned a high numerical grade but don’t want to pay a five figure price, this is your coin.