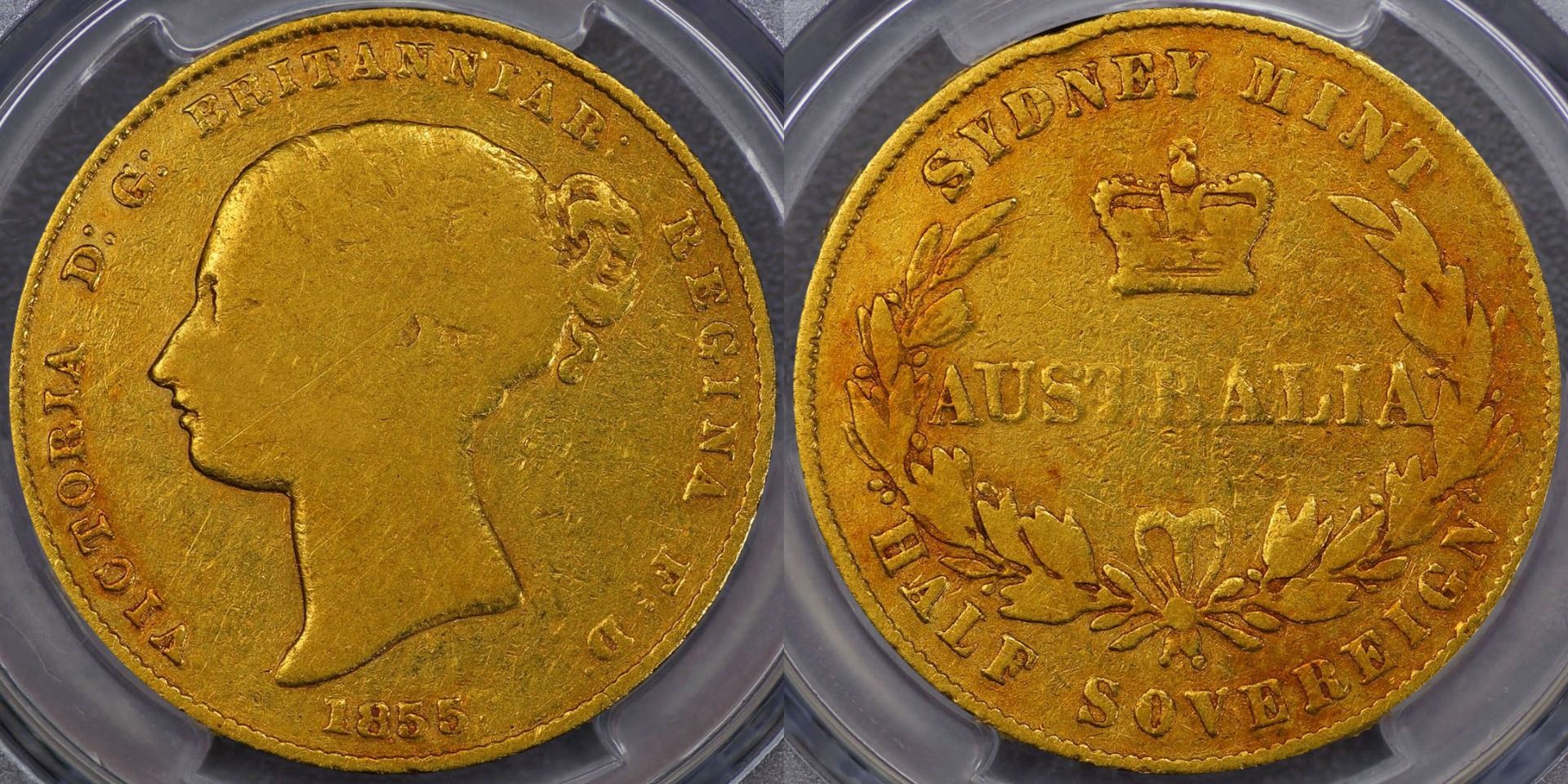 There are a number of classic Australian coin rarities that the connoisseur collector must own. The 1930 penny is one, of course, followed by an Adelaide Pound, square pattern penny, overdate threepence, holey dollar, and the dump. Often overlooked, though, perhaps because of its extreme rarity, is the 1855 Sydney Mint half sovereign, Australia’s first half sovereign. Minted in extremely low numbers (21,000 pieces), the coin was theoretically in circulation for seventy-six years before being withdrawn at the end of the gold standard. However, practically speaking, the half sovereign was the workhorse of Australia’s currency and became underweight very quickly through circulation and handling. Consequently, many were withdrawn by banks and melted by the thousands. Today, fewer than a hundred 1855 half sovereigns exist, with some estimates at even lower levels. PCGS has certified just eight coins, with the best being a presentable but circulated AU50. The coin on offer here is an honest VG08, and is one of the more affordable examples available to collectors. The coin is evenly-worn, with hints of Queen Victoria’s headband present and slivers of hair strewing the otherwise smooth effigy. There is a light hairline on the obverse and an almost unnoticeable edge bump on the reverse at eleven o’clock. Neither fault takes away from the coin’s collectability. Best of all, and perhaps most importantly of all, the coin is neither bent nor buckled (a common issue on early worn half sovereigns), and is free from cleaning, tooling, or other unnatural damage. Price-wise, the coin photographed above is in the same price ballpark as an above-average 1930 penny or Mint State Adelaide Pound, but both the 1930 penny and Pound are relatively more common: There are thousands of 1930 pennies and hundreds of Adelaide Pounds in the market. Next to those classic rarities, the 1855 Sydney Mint half sovereign is positively rare, and looks cheap by comparison.