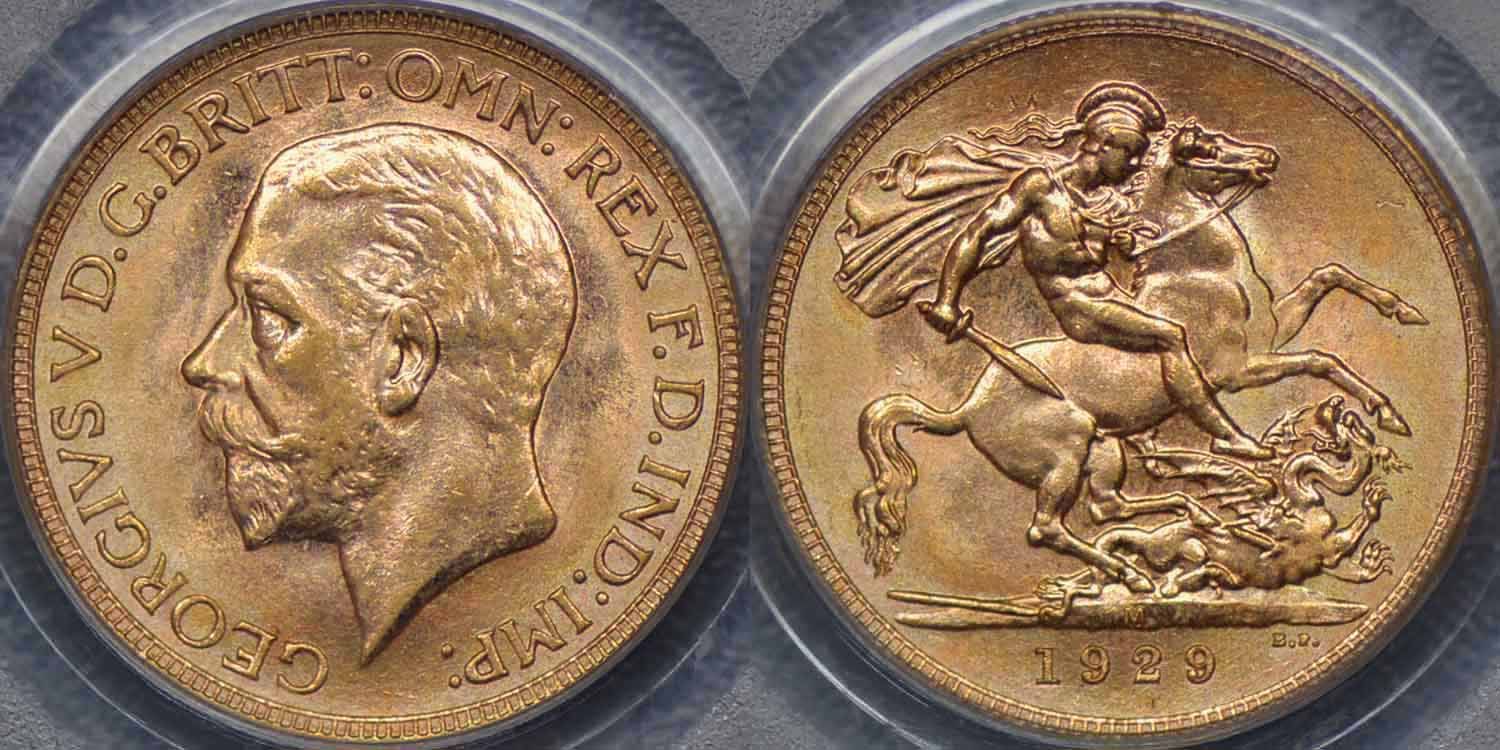 There are a number of key dates in the George V series. Most are high-mintage coins whose populations were decimated by the mass meltings of the 1920s. The 1929M sovereign was a low-mintage coin that also fell victim to the meltings, resulting in an even more diminished population. Today, there are very few 1929M sovereigns left, even in lower grades. PCGS has graded just 35 coins, with a mere five pieces in MS63 (11/22). The coin is rare in all grades, and highly desired by collectors big and small. If you’re chasing a premium example of this key date, the present coin, photographed above, is your coin.