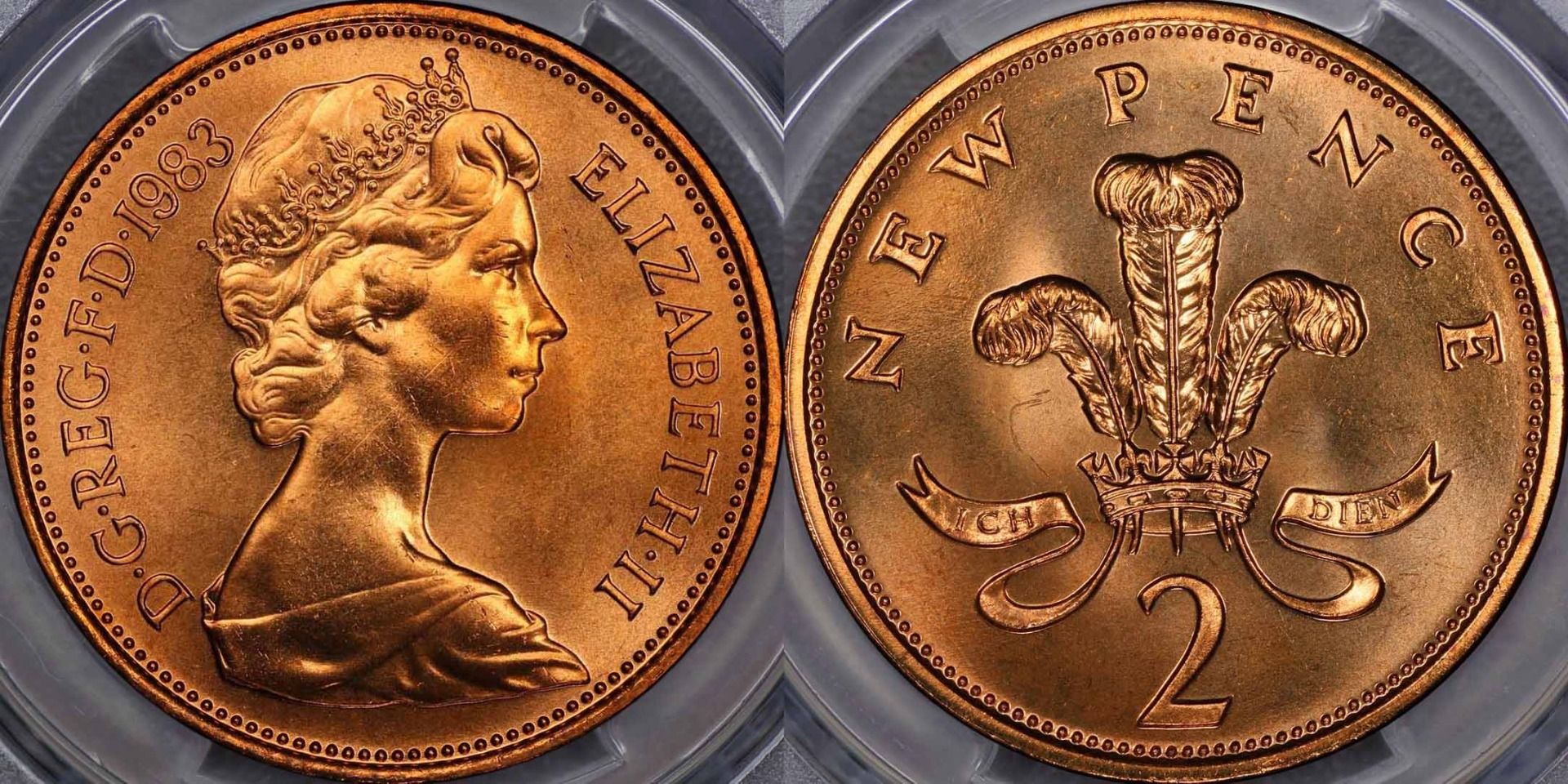 When the United Kingdom decimalised in 1971, the new designs bore the words “New Pence”, so as to distinguish the new decimal coins from the old pre-decimal coins. By 1982, this was no longer necessary, and the words “New Pence” were dropped in favour of the coin’s denomination. However, in 1983, a full year after the design change, an unknown number of 1983 two pence pieces bearing the old “New Pence” reverse escaped the mint. The few coins that have been identified were found in a small number of the Martini and Heinz-branded mint sets of that year. Very few sets contain the error (although it’s always worth checking), while PCGS has only certified three coins (one of which is in the inexplicably low grade of XF45). The coin photographed above was the third to be certified by PCGS, and is the second-finest assessed by them (5/22). More coins will no doubt be submitted for certification, but not all will achieve the relatively high grade of MS66RD. If you’re an error coin or mule collector and enjoy owning coins that should not exist, this modern British rarity deserves to be in your collection.