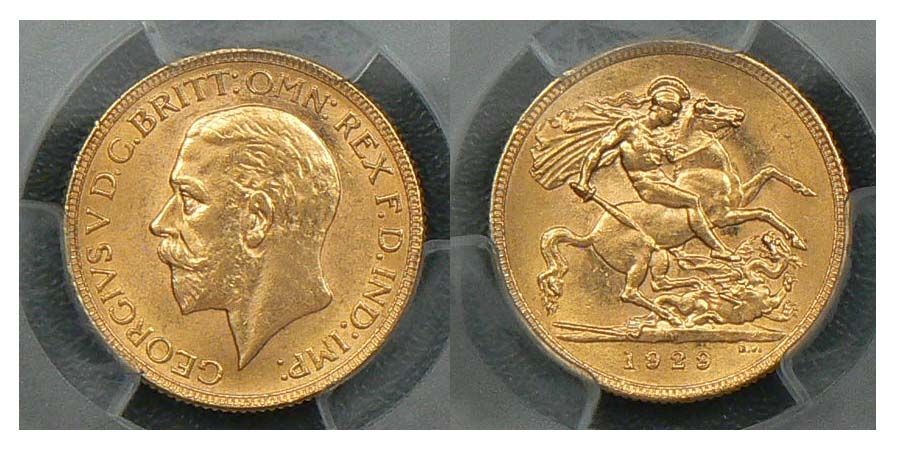 A very underrated date, and much scarcer than the 1928 Melbourne, to which it is often compared. According to my records, I’ve had only two Mint State 1929 Melbournes in stock since 2007 (graded PCGS MS61 and PCGS MS63). Both coins sold quickly. The coin I have here, graded PCGS MS62, was acquired over coffee from a long-time collector in London, who had kept it in his collection for a number of years. It was originally purchased from Baldwin’s. Overall, it’s one of the nicer 1929 Melbourne sovereigns I’ve seen, with clean fields, a great strike, and of course, no wear. Certainly a desirable coin, and definitely a collectable one. Would be described as "Choice UNC" under the Australian grading system. Only one graded finer by PCGS, in MS63 (11/12).