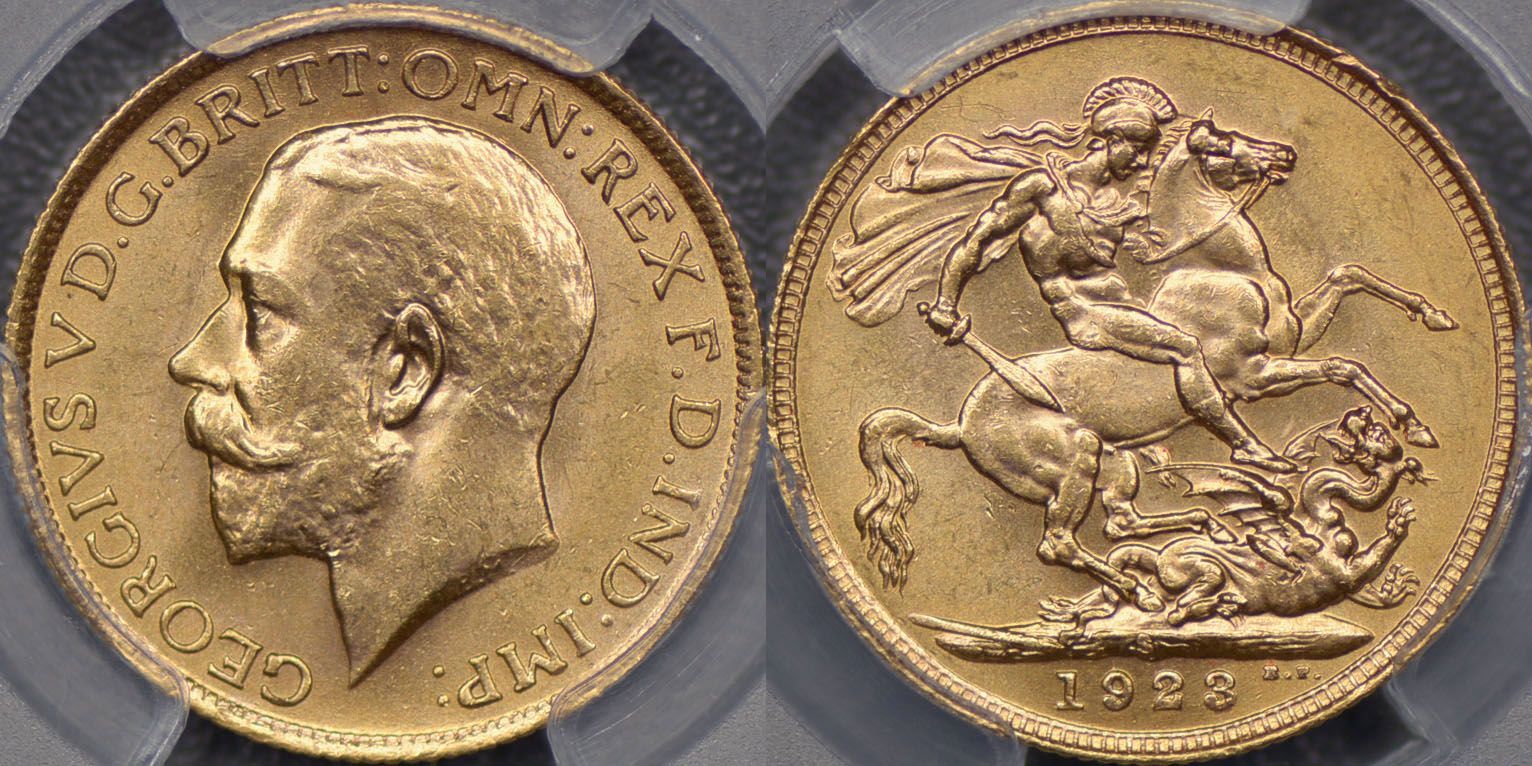 The 1920s were a traumatic period of time for the gold sovereign: In Australia, banknotes had been issued a decade earlier and had almost fully replaced gold coinage in circulation; many European nations were having second thoughts about re-establishing the gold standard after suspending it during World War I; and gold sovereign production was actually costing the Sydney Mint money (resulting in the Mint’s closure in 1926). This tumultuous situation resulted in the mass meltings of sovereigns out of already lower mintages. Today, collectors consider the sovereigns of George V to be very common, but the series also includes some of the rarest and most exclusive sovereigns across the whole sovereign series. The 1923 Sydney is one of those dates. Already struck in low numbers (the mintage was 416,000 pieces), most of the coins were subsequently destroyed. The result is a key date known by only a few pieces. The exact number extant cannot be determined, but the population report can help shed light into what’s out there: PCGS has graded only 14 examples, with a five in PCGS MS64 and none finer (12/19). If you’ve been looking to add this sought-after date to your collection, or just want to own a valuable item of heritage from a very different era, this is your coin.