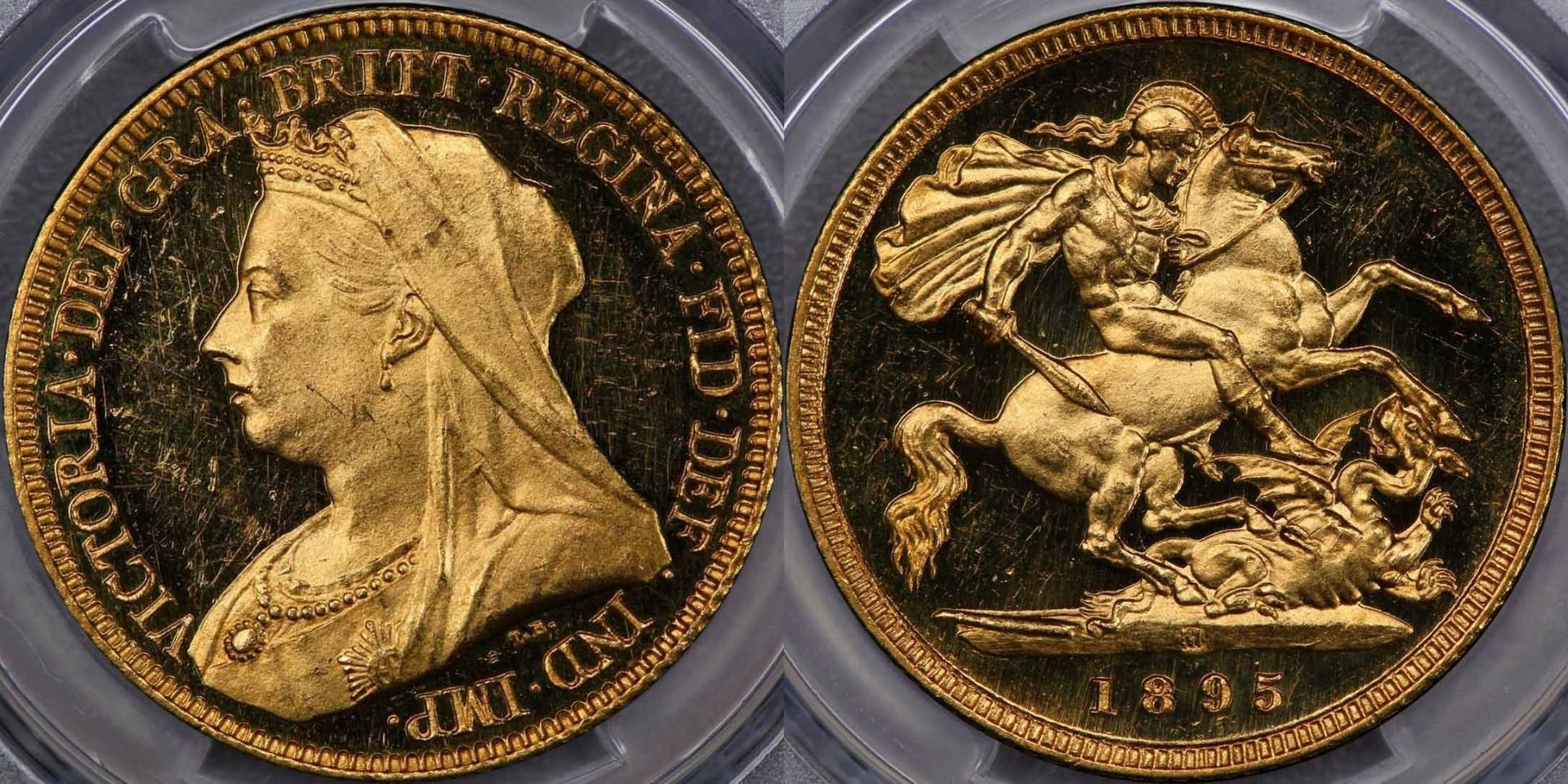 No series of coins is more bewitching, more desirable, and more significant than Australian proof full and half sovereigns. Minted in extremely low numbers (often with mintages of just two or three individual pieces), these rare coins were presented to dignitaries, state archivists, and government officials; on occasion, wealthy patrons or politicians were able to request a coin or two for their private collections. Today, many of these beautiful coins remain in public institutions, such as the British Museum, Royal Australian Mint, Museums Victoria, and the Powerhouse Museum, while a smaller number of pieces trade in the open market amongst an exclusive clique of wealthy collectors. The coin photographed above, a half sovereign of 1895, is a proof-only year, and the only example to appear on the market in the last decade and a half. It has been lightly handled, with some scuffing in the fields, but retains a full deep cameo appearance on both ‘verses. If an Australian proof gold coin has been your grail, but you don’t want to pay closer to $100,000 to acquire a higher-grade example, this is your coin. Ex-Noble Numismatics auction, April 2008.