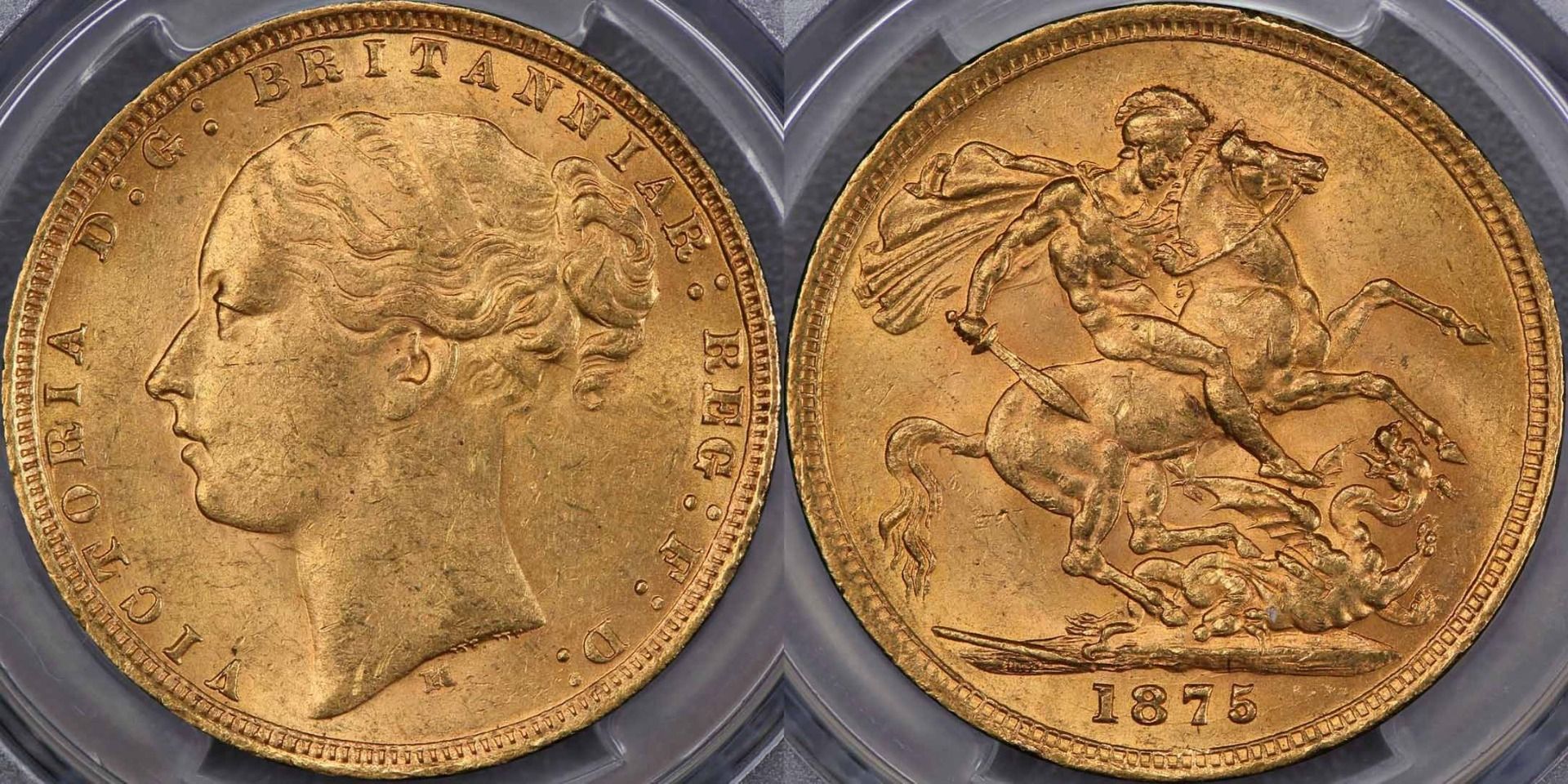 S-3857, with BP. By 1875, the Melbourne mint had been minting coins four only four years, but, despite some early hiccups in 1872, were producing sovereigns of high-quality. The 1875 Melbourne sovereign is no exception. It is generally well-struck, with good detailing to the reverse, in particular. The lustre could be characterised as subdued, and I have never seen an example with proof-like or robustly lustrous appearance. Die cracks are often evident on the reverse around the date, and sometimes the BP initials are ill-defined or indistinct due to die fill. I’ve seen at least one example where the initials were hardly visible at all. The date is scarce in Mint State, and rare in grades PCGS MS63 or better. The example photographed above is problem-free and attractive, with original appearance, and only light coin cabinet friction on the high points. Scarce in this grade.