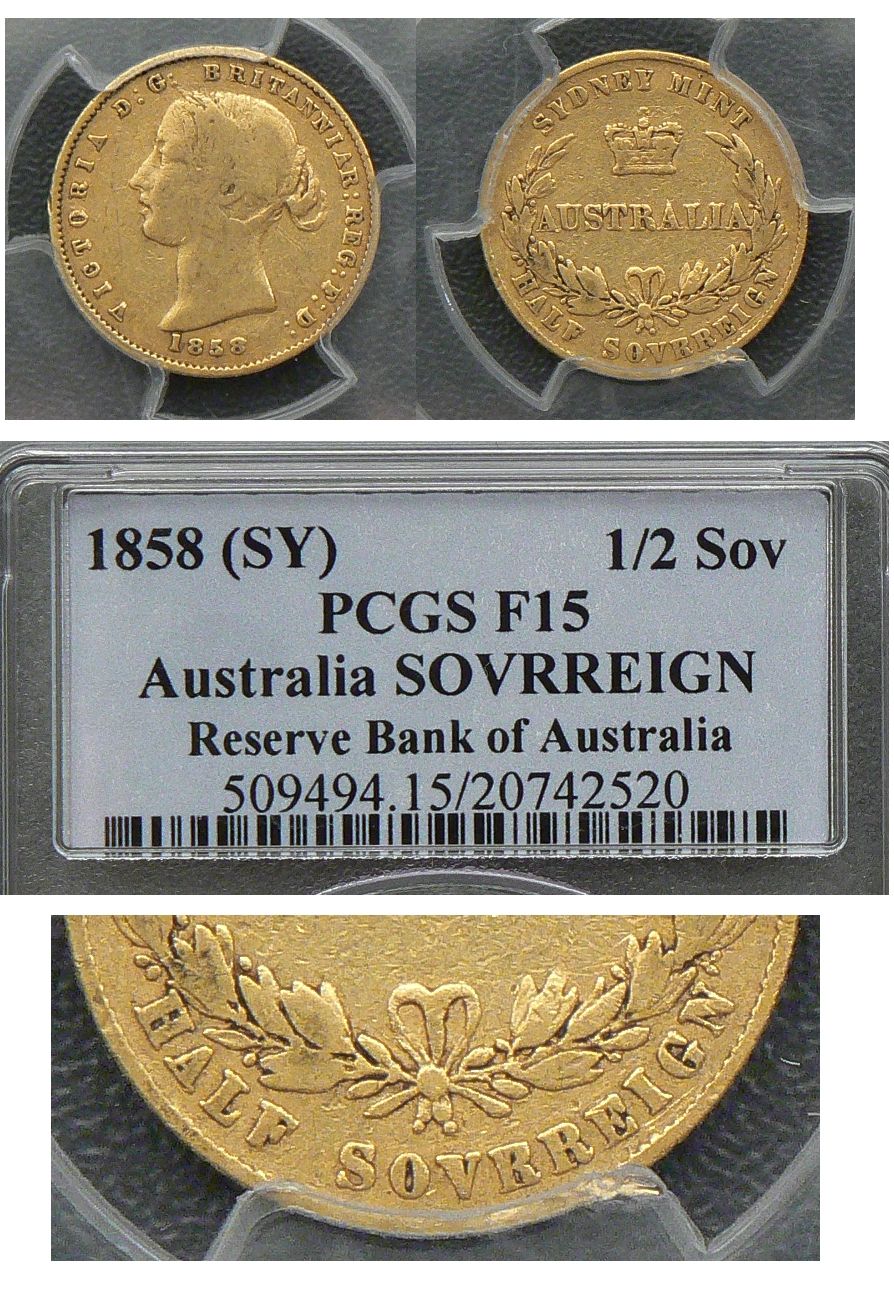 A delightful and problem-free example of this well-known error. With clean fields, good detail to both ‘verses, and a very clear error on the obverse, this is certainly one of the nicest 1858 “double R” half sovereign errors I’ve sighted over the last ten years. Certified PCGS F15, this is the only example of this error graded by PCGS. In addition to its superior grade, this specimen has also been attributed to the Reserve Bank archives, from where only two pieces were uncovered. The coins were later sold through the Reserve Bank auction in November 2005. This particular piece is lot 556 from that auction, and sold for $17,000, including commission. The second specimen—an equally nice example—sold for the same price, and later reappeared on the market in the famous 2009 Quartermaster sale, where it realised a strong $26,375. The error was discovered in 1994 by Sydney dealer Barry Sparks, and has been widely publicised across the media and the internet. Despite its celebrity, only six or seven pieces have been found since 1994, and it remains a coveted rarity. The example discovered by Barry Sparks now resides in the Powerhouse Museum Collection, and is probably no longer available to collectors, while the second Reserve Bank piece is in a private collection. Overall, the specimen photographed above is a very pleasing, problem-free example, and would sit comfortably in a collection of ultra-rarities or top-quality half sovereigns. VERY RARE, and one of the finest available to collectors. Catalogues $47,500 in Fine and $75,000 in VF. Unpriced in VG.